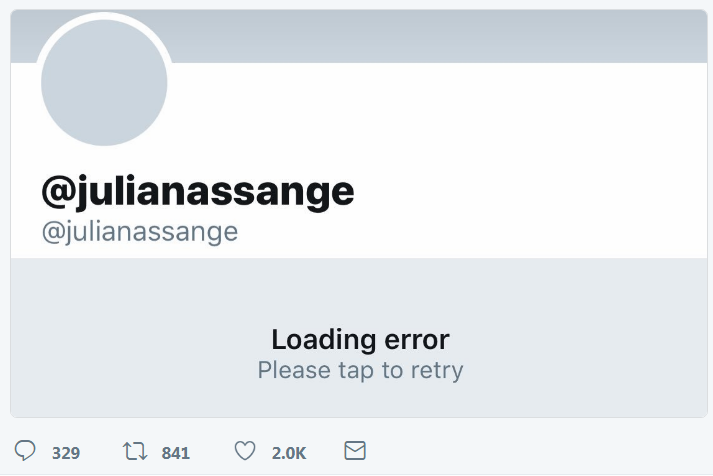 It’s gone. Deleted. Not suspended. Just not there. Gizmodo has the most on it right now: For reasons unknown, the official Twitter account of Julian Assange, the leader of disgraced transparency organization Wikileaks, has been deleted. The Internet Archive—or someone availing themselves of its services—appears to have been preserving snapshots of Assange’s account once every hour since September 18th of this year. Based on that information, it’s likely the @JulianAssange account was deleted between 4am and 5am GMT.