DeKalb’s Pleasantdale Precinct gets no respect: ignored, gerrymandered, split, and now missing in action on the Atlanta Journal-Constitution’s election map. 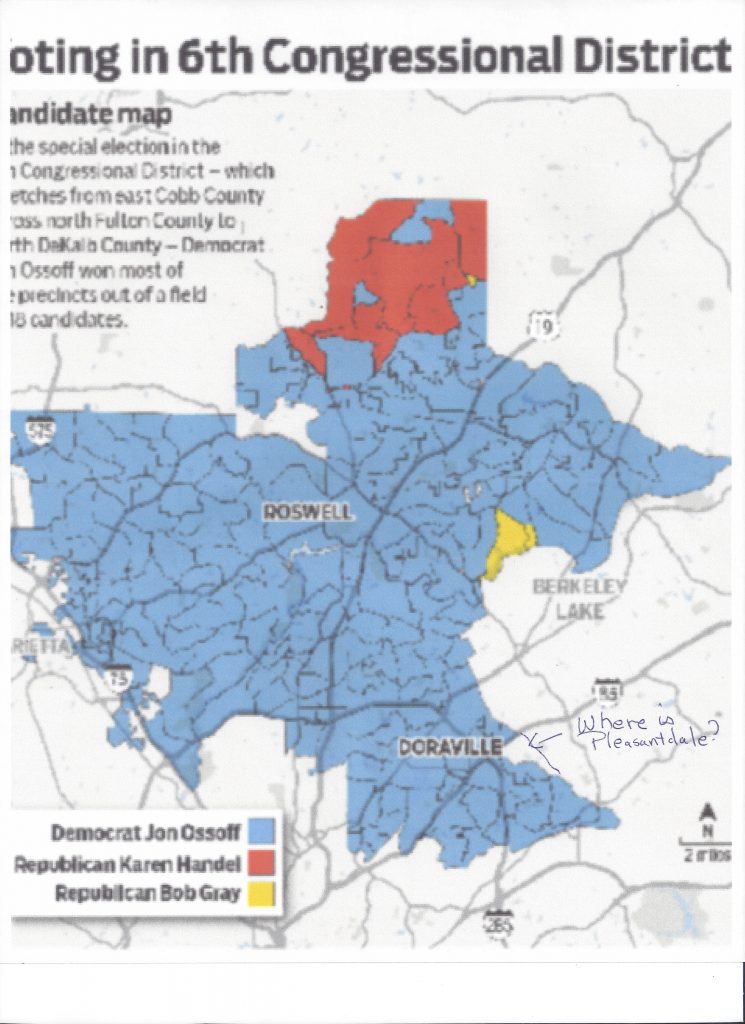 Notice the missing chunk of turf along the DeKalb Gwinnett County line? That’s North DeKalb’s bluest precinct, crucial for Ossoff. It could be his key to victory in a tight race.

While Pleasantdale gave Jon Ossoff his highest margin in Dekalb (80%), turnout was exceptionally low due to lack of canvass/contact and poor early voting sites. Three-quarters of Pleasantdale Precinct’s 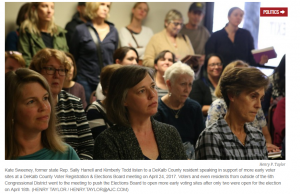 3,500 voters didn’t vote in the April 18 primary. Turnout will be critical to improving Ossoff’s chances in the runoff.

Fortunately, Sally Harrell and other activists won a victory at the DeKalb Board of Elections, so we have early voting starting May 30 in Tucker, Chamblee, Brookhaven, and Dunwoody in addition to the Memorial Drive location. 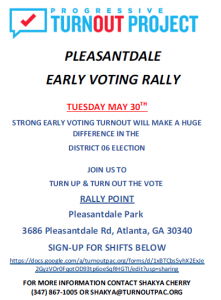 So what else can we do? Be visible! Rally!

So … can you show up and help flip the 6th? Just click and sign up to attend the rally. Act now, before all the good spots are taken!