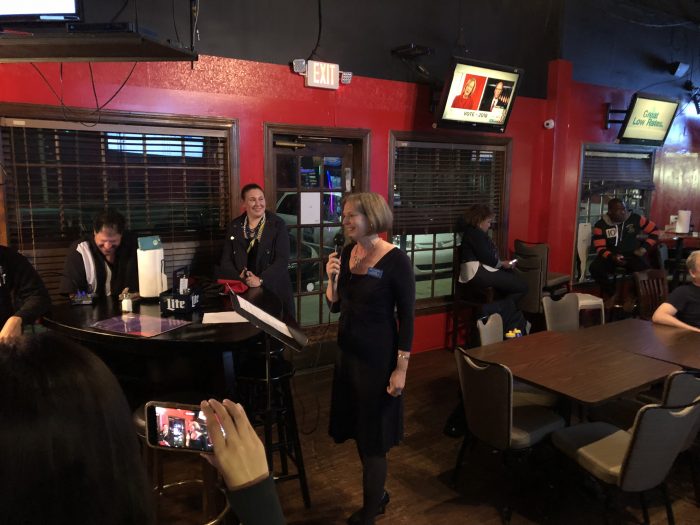 Congratulations to SD40 Sen.-elect Sally Harrell and to everyone in her grassroots campaign for their big win over 20-year incumbent Fran Millar. At last glance, Sally was winning DeKalb by double digits—and Gwinnett as well. Well-done, Sally! Well done, crew! This is her fourth win in four legislative races for Sally and her campaign manager-husband, Jay.  Impressive.

Meanwhile, Georgia’s Sixth Congressional (which includes most of GASD40), hangs in the balance. Deep into the wee hours, Lucy McBath took the slightest of leads over incumbent Karen Hanel, who is trying to win her first full term. Since then, the lead has expanded a little, but it’s still in recount range.

If you believe all politics is local, Tuesday was a good time to be a Democrat associated with North DeKalb-centered Senate District 40. Georgia’s most vulnerable GOP Senate seat flipped hard, and four victorious Democratic state House candidates who share turf with the Senate  district won their races as well.  Rep. Scott Holcomb achieved his widest margin of victory in eight years as a legislator, winning by nearly thirty percent. 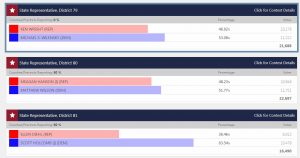 Two other Democrats sharing turf with Sally won tight races: Beth Moore in HD95 (Gwinnett) and Josh McLaurin in HD51. Josh’s victory should be sweet to everyone who hates sleazy politics.

Look who's winning: @JoshforGeorgia, who sued Georgia GOP for libel. Half the state GOP's lawyers helped set up the smear. This race is important. Loser @AlexKaufmanHD51 owes McLaurin an apology for trying to benefit from dirty politics. About the smear: https://t.co/oKrzAY4F34 pic.twitter.com/v8nrOiY65w