The Latest: This comes on the heels of Libertarian PSC candidate Ryan Graham’s announcement that he’s voting for Democrat Lindy Miller, as well. In announcing her decision, Debbie Dooley notes the recent revelation that Georgia Power allies are pumping $750,000 into the race to protect their investment in a bought-off commissioner. And now it’s up to $1 million.

Note: Former Republican Georgia Public Service Commission candidate John Hitchins sent this is as a comment. I’m publishing it on its own as a guest post, of sorts. 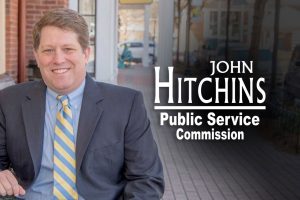 Georgia Power when it comes to the Plant Vogtle project mismanagement. Considering the amount of money Georgia Power is pouring into this race to make sure Chuck Eaton is re-elected, there is not much doubt that the costs of Vogtle will increase even higher than they already have with even more delays. Georgia Power wants to make sure they have the votes on the PSC to make rate-payers responsible for the massive cost overruns through higher electricity rates.

We feel that this Public Service Commission race should not be partisan. It should be policy over party. The criteria to determine how to vote should be who is the person Georgia consumers can count on to represent them and look out for their best interests and not the interests of industries that fill the campaign coffers of incumbents. This race should be about policy-not political party. We strongly believe that Democrat Lindy Miller is the best candidate for this position. We trust her to be a consumer champion that will stand up to special interests and will look out for the pocketbook of Georgians.

Atlanta Tea Party President Debbie Dooley stated, “I am a lifelong conservative Republican activist and co-founder of the national tea party movement and for the very first time in my life, I am supporting a Democrat for elective office. I have been very disgusted with the corruption and pay for play politics I see going on within the PSC runoff. Georgia Power funded dark money group “Georgians for a Brighter Future” has spent at least one million dollars on independent expenditures to help incumbent Chuck Eaton win re-election. A vote for Mr. Eaton is a vote to rubber stamp this type of pay for play corruption and a vote to give Georgia Power continued control of the PSC.”

John Hitchins who ran for the Republican nomination for PSC 5th district this spring said, “My platform was to stand up against the status quo within the Public Service Commission. My aim was to be the consumer advocate on the Commission and represent Georgians interests over special interests. Lindy Miller is that consumer advocate and that is why she has my vote.”

Dooley further added, “I encourage my fellow Republicans to join me in saying no to corruption and support change on the Public Service Commission by voting for Lindy Miller.”