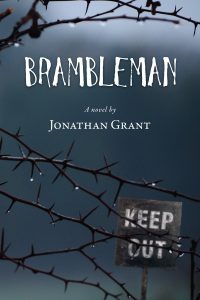 Very early on the gray, drizzly morning of January 24, 1987, Thurwood Talton put on his blue suit and ambled into the bathroom of his brick bungalow in Atlanta’s Virginia-Highland neighborhood. He trimmed his silver goatee and taped a gauze bandage over the gash on his forehead, which had required six stitches to close. He was rather proud of his wound—his “badge of courage,” an admiring colleague had called it.

The retired Georgia State University history professor was preparing for the second Forsyth County Anti-Intimidation March, a follow-up to the previous Saturday’s disaster. On that day, Talton and seventy-five others, led by fiery civil rights leader Redeemer Wilson, had been driven from the county by a pack of rock- and bottle-throwing thugs. Klansmen, neo-Nazis, and their Rebel-flag waving sympathizers had screamed at the marchers: “Get out of town, niggers!” “Praise God for AIDS!” “Forsyth County’s always been white, and it’ll always be white!”

Talton had heard someone shout “nigger lover” just before a beer bottle smashed his head. Although dazed and bleeding, he’d stayed on his feet— barely. The photo of a sheriff ’s deputy helping him back to the bus had run in hundreds of newspapers. After viewing several pictures of the mob, Talton had pointed out a hulking youth in a tan coat as his assailant. There had been no arrest. No surprise there. Forsyth County folks stuck together, he knew.

This was, in many ways, the last hurrah for the old guard. Although the King Holiday had recently been established in Georgia, the movement was facing its twilight during the Reagan years. Talton had written in his journal of his hope that the march would begin a revival. He was sure some good would come of the fact that Forsyth’s nasty secret was finally out: Blacks were not allowed there to live, work, play—or even breathe. Needless to say, the attention was overdue. Long a sleepy rural enclave, Forsyth had first been awakened by the impoundment of Lake Lanier, the state’s favorite playground. Now, three decades later, it was a fast-growing suburb, thanks to Atlanta’s boomtown growth next door. That it was only a racist’s stone’s throw away from America’s black Mecca made Forsyth County’s outright bigotry not only ironic, but bizarre. Contrary to the catcalls, Forsyth had not always been white. And no one better understood Forsyth’s peculiar demographics than Dr. Talton.

At first, reporters wanted to talk to him only about his head wound, but coverage shifted when they found out he’d spent several years researching and writing a hefty manuscript entitled Flight from Forsyth. After a dozen interviews, he’d boiled the story down to a sound bite: In 1912, a sensational rape-murder trial and lynching fueled the twentieth century’s worst outbreak of nightriding, and more than a thousand black residents were driven from Forsyth, never to return. Journalists misquoted him, reporting that all had fled. There was more to it than that. Talton had recently learned some horrible and fascinating new information, but he wouldn’t share it just yet.

Unfortunately, his manuscript was too hefty. University Press had rejected it “primarily for reasons of length” although the acquisitions editor had noted other problems as well. But surely Flight’s prospects had improved in the last week, given the publicity surrounding the marches. Believing a book deal to be a sure thing, Talton planned to find an agent and cut a deal with a major publisher. He’d already promised to use part of the advance he would receive to take Kathleen on a cruise. To Alaska, maybe. Or Norway.

Alas, none of these things would happen.

As he looked in the bathroom mirror and adjusted the knot on his silver-and-red tie, Talton felt an overwhelming pain in his chest. He cried out in alarm and lurched into the narrow hall, bouncing off the wall, knocking down photographs, and stumbling into the front bedroom, where he died in his loving wife’s arms. His last words were “not done.” He was 68 years old.

The cause of death was an embolism of the left pulmonary artery: a blood clot. Kathleen Talton was certain that the man who threw the bottle had caused her husband’s death, but no one listened to her pleas for justice. She grieved with her daughter Angela and a few friends. After the Unitarian funeral, she grieved alone.

Kathleen was certain that Talton had been talking about his book when he died, and she considered it her duty to see his work published. She tried to interest editors in Flight from Forsyth, to no avail. It needed extensive editing, she was told. Unfortunately, no one was willing to dedicate the time and effort necessary to fix it.

Many years passed. The manuscript gathered dust on the handsome walnut desk in Talton’s study. Kathleen retired from her job as a high school English teacher in Decatur. Dementia crept into her life with the onset of Alzheimer’s disease, and her world grew darker and lonelier. She feared becoming dependent on unreliable people. When unfamiliar faces showed up at her door, there was always a debate in her mind: Did she know them? Should she let them in?

One winter night nearly two decades after her husband’s death, she wandered into the study and sat down at the desk, struggling to remember why she had come there. She was lonely—and angry at Angela for spending Christmas in Florida with her young girlfriend.

The manuscript sat where Thurwood had left it long ago. With a trembling hand, she lifted the title page, then put it back in place atop the pile of paper. She sobbed when she realized she’d let the book die and had failed in her duty to the man she’d loved for so many years. It would take nothing less than a miracle to get Thurwood’s life’s work published now. And what about justice? What about the man who’d killed him? She looked up at the faded newspaper clipping and its picture of that young punk, captured in an enduring grimace of hatred.

She wanted her late husband’s work to be completed and published.

She wanted his killer to be brought to justice.

And it would be nice to have someone to talk to on desolate winter nights.

With the weight of loss and loneliness bearing down on her soul, she did something she hadn’t done since she was a little girl who wanted a pony. She bowed her head and prayed. This time, she asked for vengeance, justice, companionship, completion, and closure.

It was a careless and jumbled-up prayer, but a most interesting one. 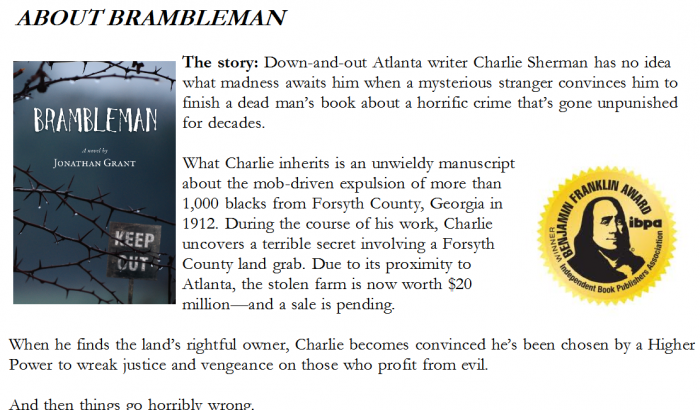