This is under-oath stuff from utility experts who, unlike the commissioners, are not paid by the company. We should listen to this warning. 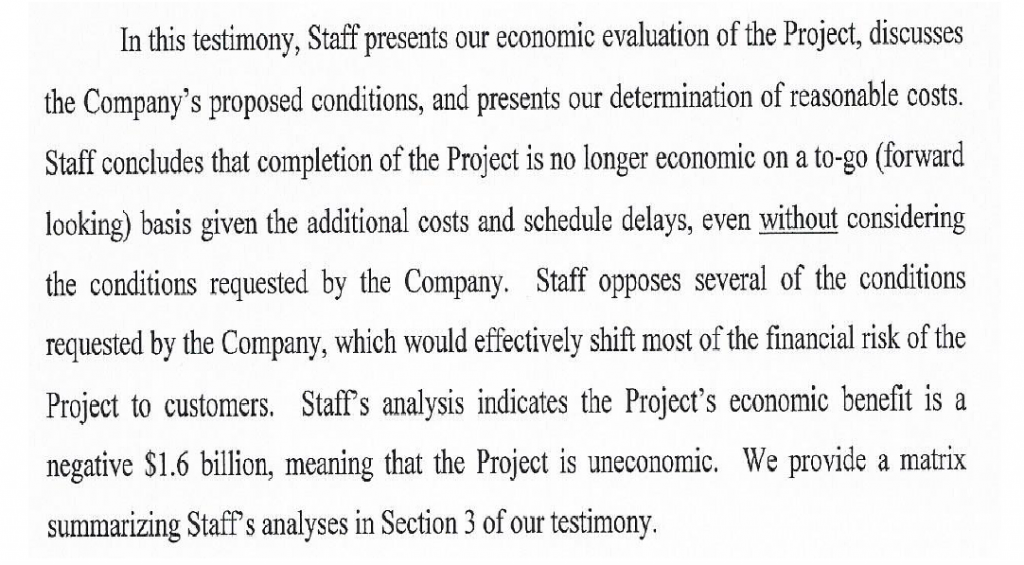 Unfortunately, commissioners don’t. Ignoring opposing evidence, the five Republican politicians have already signaled they’ll do what Georgia Power wants, which is to finish the plant and make a bunch of money not just despite but due to its mistakes.

The PSC staff and its consultants have routinely warned that Vogtle’s economics will continue to deteriorate the longer it takes to finish the reactors. Friday’s document is perhaps the most sharply worded criticism about the project since regulators have been reviewing the project’s cost and schedule.

Plant Vogtle is a great example of corporate welfare, tax breaks, loan guarantees, and billing customers in advance for a plant that may not be finished even with a bunch of “yes” men on the PSC. There’s no bigger

Yes Man than PSC Chairman Stan Wise. He plans to Vote for Vogtle in February, then quit mid-term and go work for utilities. This adds the incidental insult to the public of helping to rig the 2018 election, which will feature Governor Deal’s hand-picked Republican “incumbent.” It’s a Swamp Thing.

Meanwhile, public sentiment against Plant Vogtle mounts: To know it is to hate it.  First of all, the cost. And while nothing lasts forever, a radioactive dead zone comes close. Susceptibility to hacking and control panel takeovers? Maybe. There’s a reason no other entity is building a nuclear plant right now. Like that it’s a bad idea. Hello?

Democratic PSC candidate John Noel, who’s in it due to outrage, has already called for Wise to resign immediately. You can see Noel’s statement on his website. Of course, Noel has a different view of the future.

Background: “Time to decide if you pay more for Georgia’s nuclear debacle”