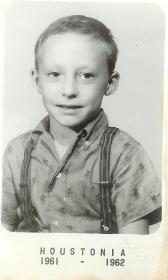 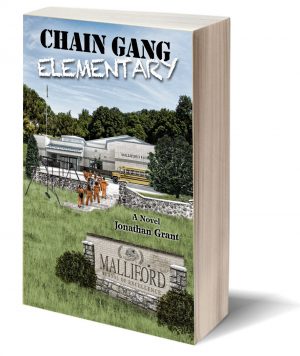 Note: This article was originally published in Like the Dew

Why did you write Chain Gang Elementary?

I tell people it’s my revenge for having to read Lord of the Flies in high school.  Actually, I first started on a completely different project. When I became a PTA co-president at a high-achieving public school, I was interested in publishing a non-fiction book—a how-to guide for parent leaders taking over the reins of a parent-teacher group. And then I saw Murder at the PTA Luncheon. No, actually, while studying the subject, I came across this phrase, or something like it: “Every good school is fundamentally the same, but every bad school is unique.”

This got me thinking: Hmm. Unique is more interesting. Being a novelist at heart (although a journalist and editor by training), I decided to tackle the subject in a different genre: as a fictional “how-not-to” guide on parent-educator relationships.

Can you tell us more specifically what Chain Gang Elementary is about?

It’s a tale of war between a PTA president and a grade-school principal, with casualties … and jokes. It’s funny. It’s not so funny. The plot follows the tenure of the first man in twenty years to head the school’s Parent-Teacher Organization. It seems the gender is cursed. He’s a reformer, and he finds himself at odds with the principal, who is very authoritarian. She won’t listen to his ideas, and he’s more than willing to go over her head, so they have a bad relationship from the beginning. And it gets worse. Much, much worse.

One Flew Over the Cuckoo’s Nest worse.

How did you come up with the title? This isn’t about a prison school, is it?

No, there aren’t any prison uniforms or rock-breaking gangs, although . . . I’d better just leave it there for now. Actually, the title comes from the unfortunate nickname Malliford Elementary School picks up after the principal institutes a draconian punishment for a prank pulled by a 5th grader. It’s really the start of the trouble.

And then what happens?

The nickname sticks, parents rise up in protest, tensions mount, and the school becomes a cultural battlefield—with students and teachers caught in the middle—when an influx of low-income students are redistricted into the school. Each faction tries to apply its solutions to the “problem” of low test scores, resulting in a testing scandal—although different from the one that has plagued Atlanta public schools.

I live in DeKalb, right next door to Atlanta, and some would say it’s got an equally troubled school system. Our former superintendent has been indicted on racketeering charges, and the school board has turned on itself, with members leaking damaging information to the media whenever they don’t get their way. And apparently all of them do it. As Mark Twain famously said, “In the first place, God created idiots. This was for practice. Then He created School Boards.”

Is this story autobiographical?

No. The novel incorporates themes and storylines from everywhere–local news stories, national scandals, you name it. The teachers, students, and parents of Chain Gang Elementary exist only on its pages, and they are true to themselves, not to any memories of mine. Of course, there’s an old saying, “Every writer is still trying to win that third-grade fight,” which may explain why protagonist Richard Gray is still coming to grips with his childhood traumas. But as far as parallels to my experience as a PTA president, there aren’t any that I can see. It was a happy time for me.

Can you tell us more about the testing scandal?

No comment. I don’t want to spoil the plot.

What other works have you completed or been involved with?

Anything else you’re working on right now?

Mainly, I’m wearing a publisher’s hat and setting up Thornbriar Press to distribute Chain Gang. As a parent, I’ve been  interested in education for many years. Now that my kids are in college, some of my attention has shifted, and I publish Georgia Colleges  (www.georgiacollegesblog.com) in addition to keeping up a Darwin-Awardish blog for Chain Gang Elementary. I hope to publish a guidebook to Georgia colleges in the near future, and, in keeping with the spirit of Chain Gang, a humorous “how-not-to” guide for parents with children in public schools.

Are there any upcoming events you’ll be participating in?

First and foremost, I’ll have a booth at the Decatur Book Festival on Labor Day Weekend, and I’m looking forward to that. You can find me next door to the Starbucks on Ponce de Leon. I’ll have discounted prices on the book and free giveaways, so it should be fun. I also plan to exhibit the book at the Dahlonega Literary Festival later this fall, and in Savannah in February. I’ll be setting up book signings as opportunities arise.