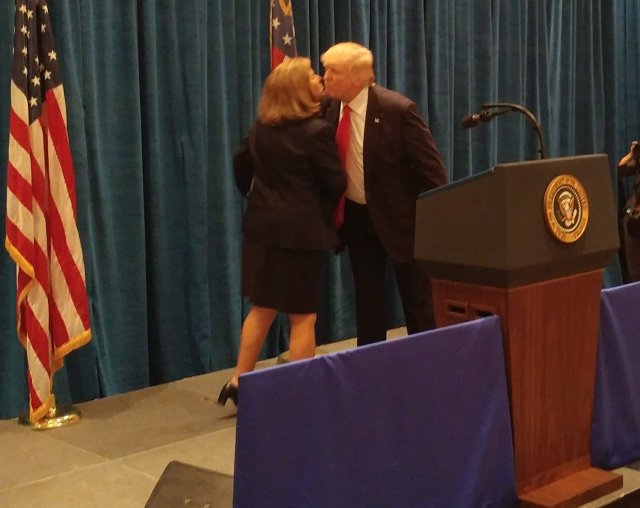 So, this happened. Rep. Ted Lieu (D-CA) took the floor of the U.S. House of Representatives and played audio on a device in his pocket of crying immigrant children at the Southern border. (Source: Pro Publica) This is the audio in which a guard says, “We have an orchestra here.”

Rep. Karen Handel (R-GA), holding the gavel at that time, didn’t like that much. She tried to stop him, but she was clueless on how to run the place, so she leaned on staff to come up with a reason, and they told her to cite Rule XVII, which contains this language: “A person on the floor of the House may not smoke or use a mobile electronic device that impairs decorum.”

Yeah. Actually, the audio was his evidence, his exhibit to go along with the chart that stood beside him. So, application of the rule was questionable, at best. But he got his point across before a sergeant-at-arms got him to stop.

At least he wasn’t wearing a hat! That’s forbidden.

Ted Lieu plays the ProPublica audio of crying children in detention centers on the House floor.

Karen Handel, who was presiding over the floor, repeatedly tries to stop Lieu.

Lieu responds: "Why are we hiding this from the American people?" (via CSPAN)pic.twitter.com/NW2emIPFdb

See AJC coverage of the brouhaha. As Jim Galloway points out (ironically), you can’t please everyone.

It's always such a joy when you please both sides of the aisle: pic.twitter.com/5jexMwVLZ3