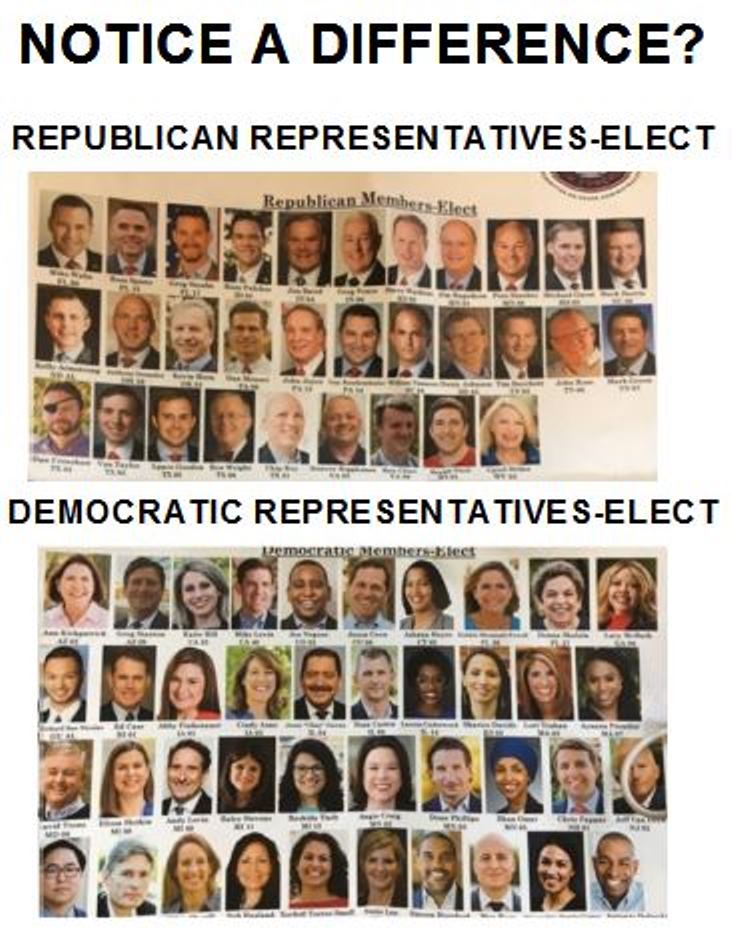 The picture says it all (Hey, look, the GOP has a new white lady Congressperson!), and there’s more to come. And bear in mind the Republicans pictured are almost all replacing Republicans. So are most of the Democrats.

It looks like Dems will pick up another 4-5 seats when all the votes are counted in California, Maine, and elsewhere. The GOP may net a couple of seats in the Senate, but Joni Ernst now looks week in Iowa, as does Trump-gumby David Perdue in Georgia. I think the prospects for Dems taking the Senate in 2020 are better than 50-50.

From Alex Burns of the New York Times:

The 2018 midterm election looked last Tuesday like a serious but not crippling setback for Republicans, yet the picture has grown grimmer for the party since then as a more complete tally of votes has come in across the country.

What looked at first like a modest Democratic majority in the House has grown into a stronger one: The party has gained 33 seats so far and appears on track to gain between 35 and 40 once all the counting is complete.