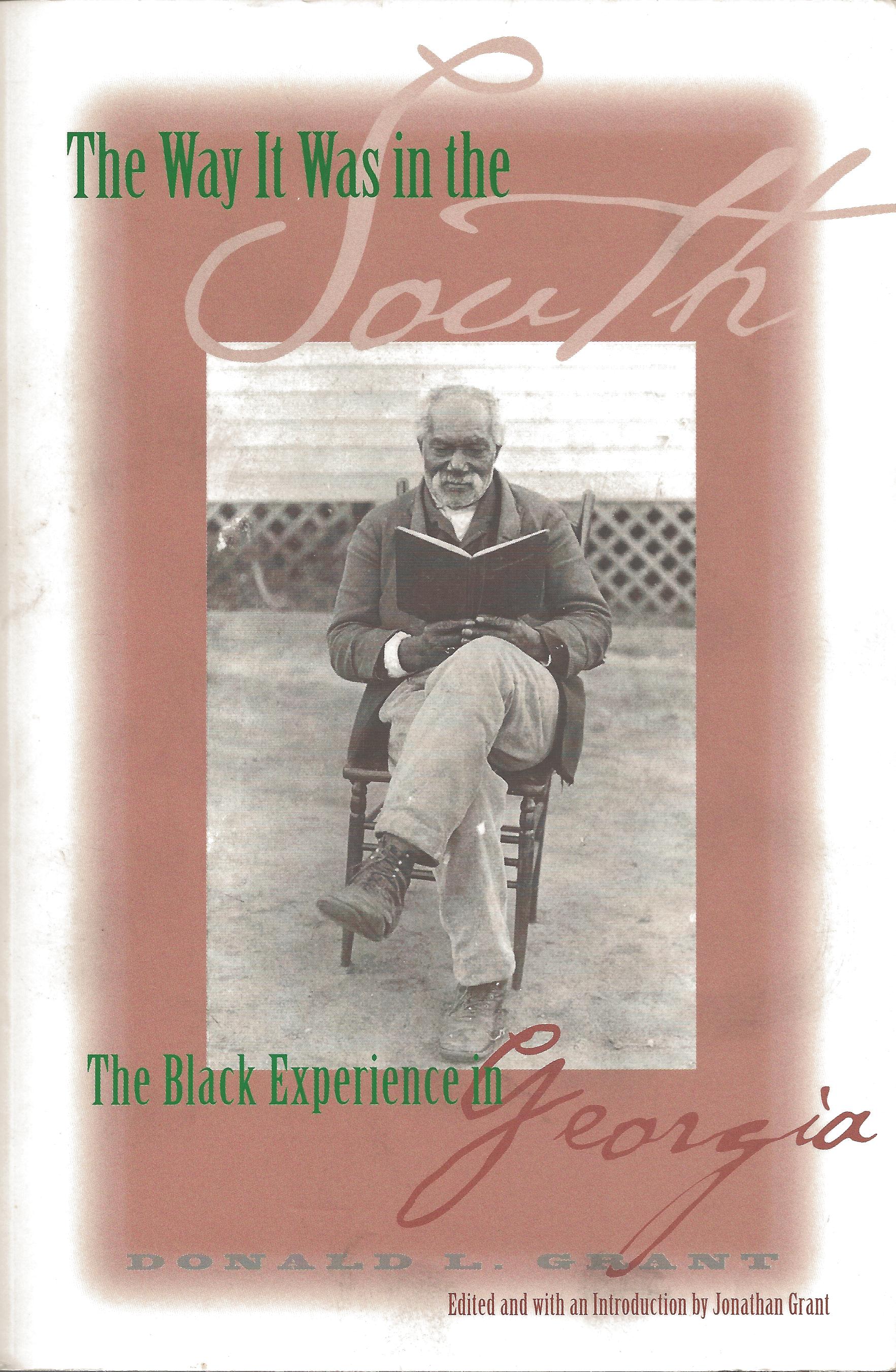 There were about 8,000 hardcover copies published of THE WAY IT WAS IN THE SOUTH: THE BLACK EXPERIENCE IN GEORGIA. 6,000 of those were published in hardcover by Carol Publishing in NY back in late 1993, five years after the author died. It is my father’s life’s work, and the tragedy of his life is not living to see it completed and published. That task fell to me, his youngest son.

The book received great acclaim and won some noteworthy honors. Sales were decent. In fact, all the hardcover copies were sold, some of them twice. (Funny story–buy me a cup of coffee and I’ll tell you how that happened.)

The publisher went bankrupt in the late 1990s and rights reverted to the author (in this case, Donald L. Grant’s widow, Mildred). At that point, I submitted the book for re-publication to the University of Georgia Press, which was the home my father had always envisioned for The Way It Was, as he called it. In a piece of poetic justice, in 2001 UGA Press agreed to publish the book it had once rejected. It it remains in print as a high-quality paperback.

So this book, monumental and arguably a classic, has had a long publishing history, going on 20 years. Its longevity is testament to its quality. I am proud to have worked on it and glad I put in the hours that it required (3,500, more or less–which are dwarfed by my father’s effort, which I estimate at somewhere between 15-20,000 hours over 15 years).  If you want to know more of the story behind the book, click here.  Brambleman, which won the 2013 Benjamin Franklin Award for popular fiction, is an outgrowth of my work on Dad’s book.

I’m the one who gets the royalty checks now, and I check in on its Amazon page from time to time to see how it’s doing. It’s always interesting this time of year, because professors often assign the book as a supplemental text for Southern History or African-American History courses. It looks like that’s happened this year. How can I tell? Simple: All the cheap copies are gone.

By the way, if you see a used hardcover edition in good condition for $15.00 or less, snatch it up, because it’s a bargain. The paperback is exactly the same text as the hardcover, by the way.

If you want to buy a copy, here’s the link.