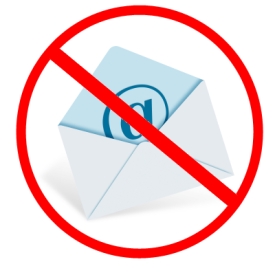 Fortunately, Georgia Attorney General Sam Olens has gotten involved to enforce the law, but old ways die hard up in the hills. You can watch the video of the hearing of Olens v. Gravitt on the blog of local activist Nydia Tisdale (the woman with the camera in question), who has taken on the task of “Investigating Corruption in Forsyth County, GA” and does so in loving detail.

Given this, it’s interesting to see the following passage in an Atlanta Journal-Constitution article on open records:

Most other counties promptly provided salary information for three top officials by email, and all but one of eight school districts emailed or mailed copies of the superintendent’s employment contract without delay. A handful of mayors did not respond at all to requests for their travel expenses.

“You get me the request, and I’ll get you the information right away,” Blackburn said.

That kind of has an “if elected, we will not serve” ring to it, doesn’t it? You can click here to see the entire response, which was provided to me by Ms. Tisdale.

Back to the question posed in this post’s headline: Why the reluctance to go along with late 20th century technology on the part of ALL of Cumming’s elected officials? Well, they are old. Ms.  Tisdale, who watches Forsyth County politics pretty much like a hawk, says that Mayor Gravitt, at age 71, is the city’s youngest elected official. So there’s the whole newfangledness of computers and Internet tubes that they don’t want to deal with.  However, given the mayor’s vampirish attitude toward videorecording, I’m going to suggest that they may also have an aversion to the light. According to their legal representative, council members’ preferred method of communication is essentially off the record: They go to City Hall and find out what they need to know.

In the end, I think the answer to the question is simple: They don’t want to use email and you can’t make them, whippersnappers. So there.

Jonathan Grant is the author of the novels Brambleman (winner of the 2013 Benjamin Franklin Award for popular fiction) and Chain Gang Elementary. He is also the co-author and editor of his late father’s monumental history, The Way It Was in the South: The Black Experience in Georgia (UGA Press, 2001), named the state’s nonfiction “Book of the Year” and Editors Choice at American Heritage magazine.