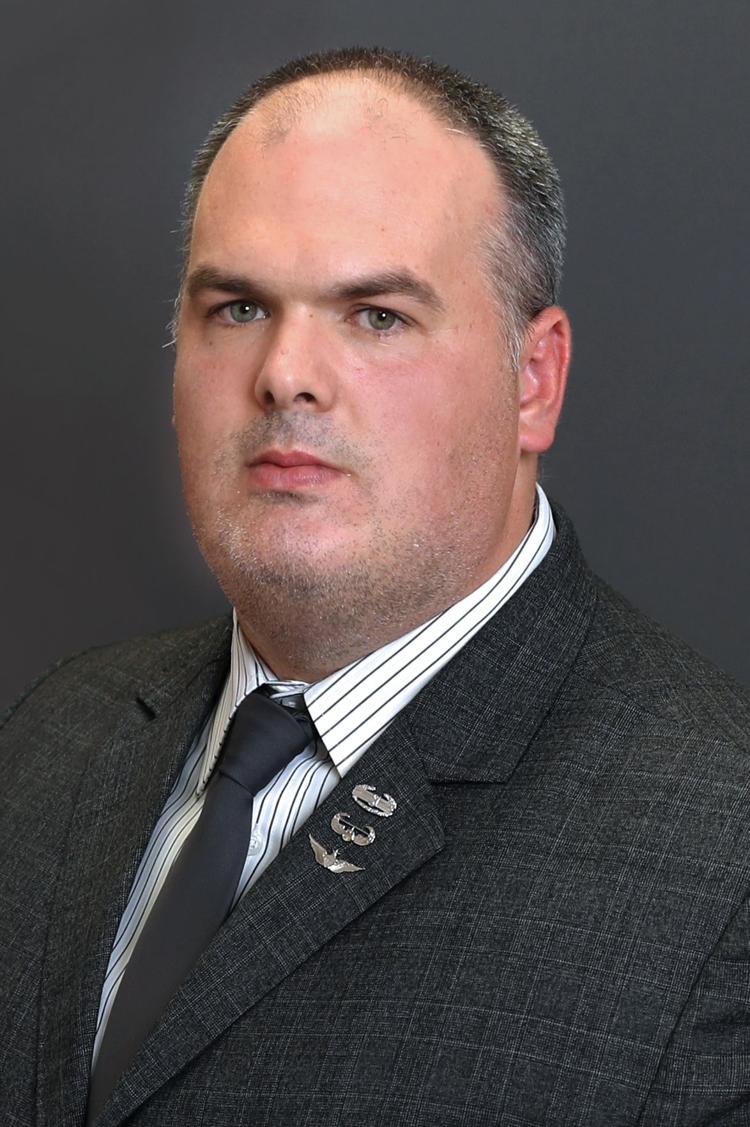 Stunt man: Georgia Rep. Philip Singleton may be ineffective, but he’s in your face

Georgias Stunt Man prays to MAGA for help on HB 915, his anti-sanctuary city bill. Spoiler alert: Clarkston mayor @tedterry1 recently pointed out, "Georgia has no sanctuary cities. This is a solution in search of a problem." #gapol. More on Rep. Singleton https://t.co/TzeRrCYZ3c pic.twitter.com/bcZr5YGNi8

For a freshman legislator who won a low-turnout special election, Republican Philip Singleton of Sharpsburg (HD71) gets a lot of attention. Shortly after his contentious runoff victory, he bragged about it in the right-wing Washington Times. Before he took his oath of office, he decided to challenge church-state separation by working with anti-abortion group Georgia Right to Life to install and publicize a Nativity Scene in a state office building across the street from the Capitol.

In another move before the Georgia General Assembly convened, Singleton prefiled an attention-grabbing anti-LGBTQ bill. House Bill 747 would ban transgender high school athletes. The Student Athlete Protection ActI is a meaningless bill to cure a “problem” that doesn’t exist, even to Singleton’s knowledge.

His piece of stunt legislation is a lonely bill, with Singleton its only sponsor; its status remains stuck on “prefiled.” Which is odd. Most DOA bills at least get a first reading or move to “House Hopper.” However, it brought him a good deal of publicity coming in the door, which appears to have been his sole intent.

Meanwhile, a hate-crimes bill that passed the House last year languishes in the state Senate. I’m guessing he’d be a “no” on that if it comes back around. Surprise us, Phil!

More recently, he’s signed on to House Bill 2, a “Constitutional Carry” bill that was also co-sponsored by his predecessor, David Stover, who, like Singleton now, was a member of the small anti-Ralston cabal. Also aligned with the hard-right Georgia Republican Assembly (GRA), Singleton is a culture warrior, and is trying hard to press all the buttons: anti-abortion, anti-immigrant, pro-gun, which brings us to his latest stunt.., 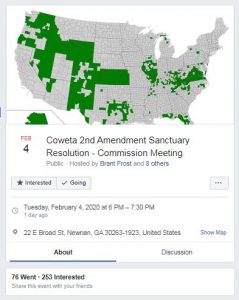 Singleton’s crowd packed the room at the Coweta Board of Commissioners’ meeting Tuesday night to push what had been billed as a proclamation to make Coweta County a “sanctuary county” for Second Amendment rights. The usual suspects lined up support for the “Coweta 2nd Amendment Sanctuary Resolution”: Brant Frost, GRA, Coweta GOP, and assorted minion groups. More than 300 people signed onto a Facebook event page, excited at the prospect of a measure with some real fed-defyin’ teeth to it, like Habersham County did just a couple of weeks ago:

“Whereas, it is the desire of the Habersham County Board of Commissioners to declare its support of the Second Amendment to the United States Constitution and to the provisions of the Constitution of the State of Georgia that protect Habersham County citizens’ induvial, inalienable rights to keep and bear arms,” the resolution reads in part.

The resolution prohibits any agent, employee or official of the county, or any corporation providing services to the county, shall provide material support or participate in any way with the implementation of federal acts, orders, rules, laws or regulations in violation of the Second Amendment of the United States Constitution.” — reported by WDUN.

It wasn’t that, though.

The proclamation, introduced by Commissioner Bob Blackburn and approved unanimously, is a watered down, version. It merely “expresses opposition to any law that unconstitutionally restricts the rights of Coweta citizens to bear arms under the Second Amendment.” It didn’t force the Commission to rule on Constitutional law, like they’re prepared to do up in North Georgia. No guts, no glory. Bait-and-switch. The word “sanctuary” isn’t  even mentioned,

Democrat Jill Prouty, a Coweta resident who is challenging Singleton this year, called the action meaningless. She also said she planned to ask the Coweta Commission to issue a proclamation recognizing June as “National Gun Violence Awareness Month.” Prouty, the Peachtree City librarian and a former Republican, said she hopes to help set up a local chapter of the gun safety group Moms Demand Action. So maybe some good will come out of this after all.

Here’s the proclamation. It’s got a typo. (I know. I should talk.)

The next day, Singleton filed House Bill 915, which would crack down on Georgia’s sanctuary cities. In the Marietta Daily Journal, Beau Evans writes:

Singleton’s bill would broaden a Georgia law enacted in 2016 that allows state officials to withhold funding to cities and counties that have adopted policies of limiting information shared between local police agencies and U.S. Immigration and Customs Enforcement.

Several local governments in Georgia have adopted such policies in recent years including Atlanta, Clarkston and DeKalb County.

Beyond tightening coordination, Singleton’s bill would allow the Georgia attorney general’s office to act on formal complaints filed by anyone – including the federal government – against those policies. The attorney general could bring suit to have the policies overturned.

According to the report, a spokesman for Latino elected officials called Singleton’s legislation “a distraction and fear-mongering” during an election year.”

And now this is circulating around the Capitol: 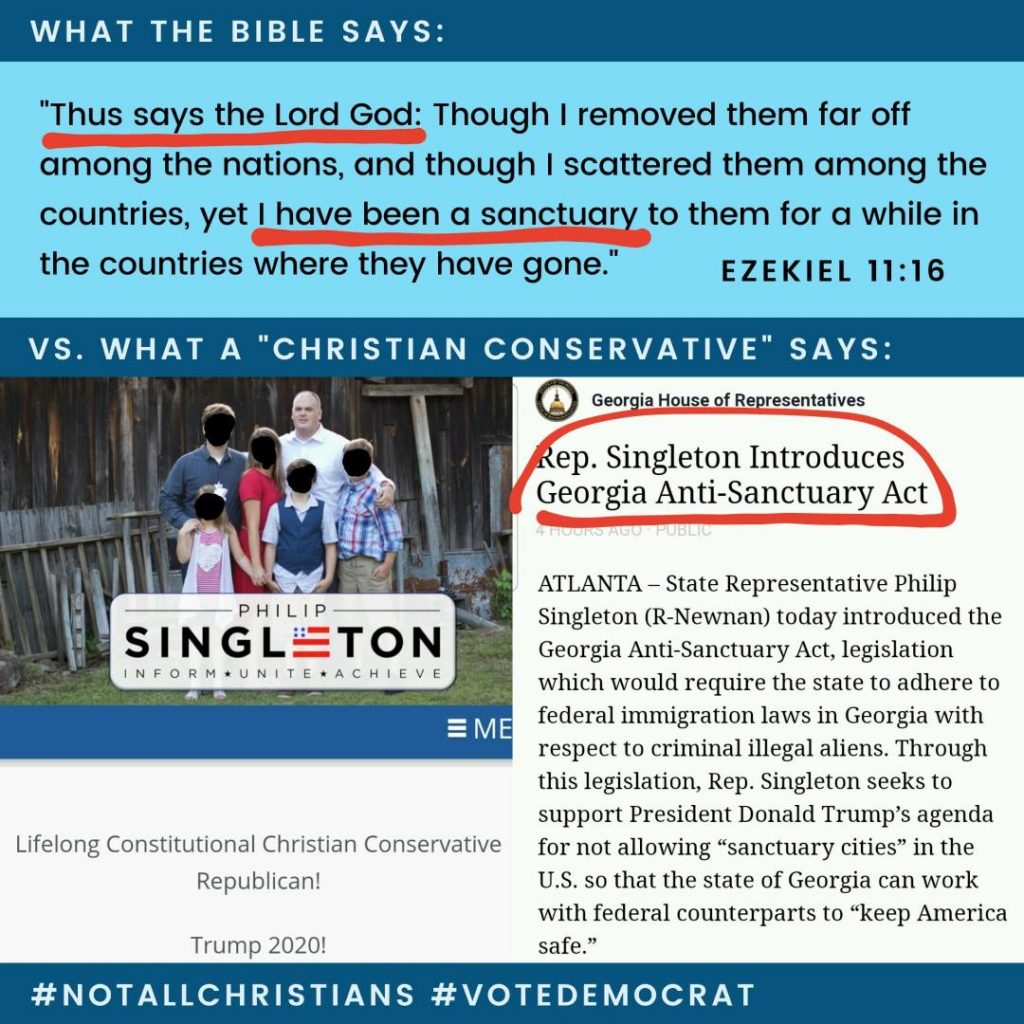 There’s a price to pay for ideology-driven politics

From the beginning, Singleton has made enemies, including his Republican runoff opponent, Marcy Sakrison, daughter of former Congressman and current State Department of Transportation Board Member Lynn Westmoreland. Only 5.5 percent of the district’s voters chose Singleton in October’s low turnout runoff, so his base is the base of the base. Unfortunately, his ideology-fueled agenda doesn’t represent his community as a whole, or meet its needs. Former HD71 Democratic candidate Tom Thomason took him to task recently in a letter to the Newnan Times-Herald, comparing him to neighboring House Minority Leader Bob Trammell:

A second priority for Singleton is an anti-red flag law that would allow Georgia to override any federal red flag laws that might be passed which permits police or family members to petition a state court to order the temporary removal of firearms from a person who may present a danger to others or themselves.

He claims that red flag laws would take away some of our freedom while at the same time he supports bills such as the Heartbeat bill and the Religious Freedom bill which takes away liberty from significantly more people than any anti-red flag law ever could.

Meanwhile, Trammell is calling for legislation to promote clean air and water such as his bill concerning coal ash from power plants contaminating our groundwater. He wants the legislature to “ensure the safety of Georgia’s water, not only today but for future generations”.

And so on. It’s worth reading.

Singleton’s bills may excite the base and enrage progressives, but they aren’t likely to pass—and not just because they’re bad bills (after all, that happens all the time). He joined a little legislative fraternity whose members have called for Ralston’s resignation, and they’re the usual cosponsor on his bills, so they’re marked to begin with. All things being equal, it’s unlikely that the Speaker would give his GOP adversaries any victories to savor. And things are never equal, so as long as Ralston is in power, Singleton likely will be a back-bencher.

Call him ineffective. It’s the worst thing you can say about a politician.

Disclosure: I have donated money to Jill Prouty‘s campaign. You can, too!