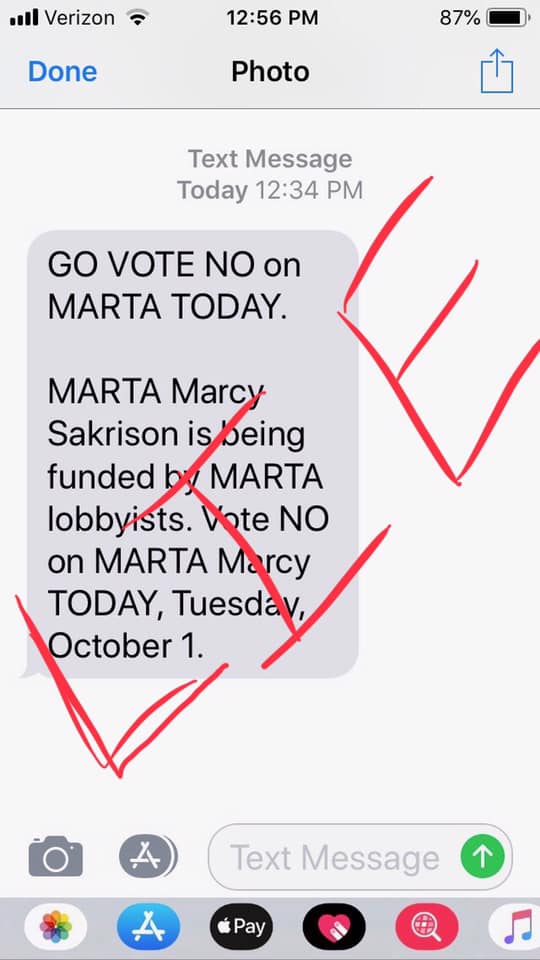 Only 4,346 ballots were cast in the House District 71 special election runoff in eastern Coweta County and a small section of Peachtree City in Fayette. In Peachtree City, Singleton took 110 of only 167 votes cast.

Sakrison, an educator and daughter of former Republican U.S. Rep. Lynn Westmoreland, was considered the frontrunner early in the contest to serve out the unfinished term of David

Stover, who resigned his House seat in June. Sam Anders, Stover’s 2018 primary challenger, bowed out of the race and endorsed Sakrison, along with several other local politicians. She led the other three primary candidates in fundraising, thanks to gifts from special interests and politicians, including House Speaker David Ralston. She led in an early pre-primary poll, but Singleton overtook her in the Sept. 3 primary, receiving 37 percent to Sakrison’s 34 percent out of 5,000 votes cast. Both MAGA candidates vied to show voters which one was Trumpier.

The contest, a proxy war over embattled House Speaker David Ralston, turned ugly early, revealing bitter divisions in the local party in deep-red Coweta, which makes up the major part of the district.

During the primary, Singleton sent out a flier raising the specter of a MARTA expansion into Coweta County. That’s a political impossibility, but more importantly, it’s a racial dog whistle, equating public transportation with an influx of minorities without having to say so. On the eve of the primary, robocalls went out claiming Sakrison wanted to bring MARTA to Coweta. Sakrison, who hates on MARTA, cried foul; Singleton denied involvement. During the runoff, Sakrison tried to link Singleton to a school board scandal and questioned his party affiliation, claiming that he would switch parties if he was elected. And today, here comes the train: Today, texts went out to voters telling them to vote No on “MARTA Marcy,” as the picture heading the post shows.

Sakrison’s charge that Singleton wasn’t Trumpy—or even Republican—apparently didn’t have much effect, and in the end, Singleton’s drain-the-swamp rhetoric and racially coded messages proved he was the Trumpiest after all. Didn’t hurt that Tea Partiers and conservative WSB radio host Erick Erickson rallied to his cause. On election day, Singleton retweetd President Trump. By the way, it’s a fake map. Because Trump! Was there ever any doubt who was Trumpier, especially when he wasn’t sure which party he belonged to? 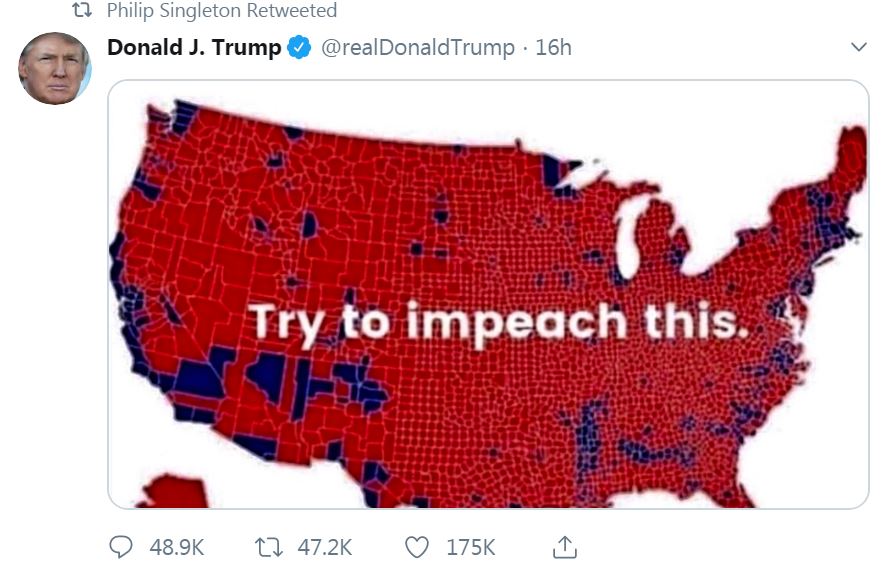 While Sakrison would have fit in seamlessly at the State Capitol, Singleton will take office as an outsider already at odds with Ralston, who should be concerned over Singleton’s 18-point landslide Meanwhile, the Democrat in the race, Peachtree City library director Jill Prouty—who won a majority of primary votes in Peachtree City despite her third-place finish, has indicated she plans to run again for the seat in 2020.