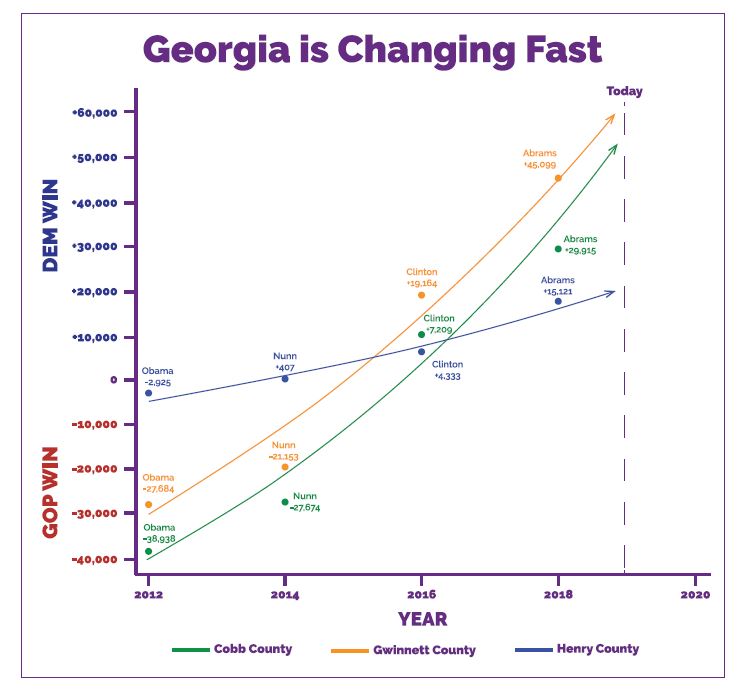 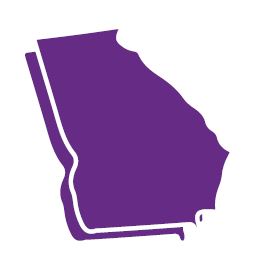 In the past, Georgia has not received top-tier attention or funding in presidential races. Due to demographic changes and her remarkably close finish in the 2018 gubernatorial race, Stacey Abrams wants to change that. She’s pushing Georgia to national Democrats as their best 2020 investment opportunity in her just-released Abrams Playbook (see below). It lays out a blueprint/game plan for campaigns to build on her 2018 successes to turn Georgia Blue.

In her opening letter, Abrams argues: “When analyzing next year’s political landscape and electoral opportunities, any less than full investment in Georgia would amount to strategic malpractice.” The Abrams team does an excellent job laying out a case for treating Georgia like a must-win battleground state, and that full investment—at a cost in line with her $42 million campaign—could bring victory. No doubt Abrams will be part of the process, having recently launched Fair Fight 2020 to combat voter suppression and increase turnout next year. She also joined the board of Democratic Super PAC Priorities USA.

A fourteen-page memo written by her former campaign manager, Lauren Groh-Wargo, details population changes and election strategies that target all demographic groups—most notably 1.7 million “unlikely” voters, many of them African-American, who would vote Democratic–if they voted. Up until 2018, Democrats lost statewide elections by around 200,000 votes. Abrams cut that margin to around 50,000. A heavy turnout of unlikely voters would lead to a Blue Wave in Georgia.

That could mean two Democratic senators and sixteen electoral votes to the Democratic presidential candidate. Flipping Georgia in a presidential election would be a dagger to the heart for Republicans, since it is the second-largest historically Red state. That’s not all at stake: There are hotly contested Congressional races in the 6th and 7th districts, as well as control of the state House of Representatives, which would require flipping sixteen GOP seats. For Georgia Democrats, this is the most crucial goal in the 2020 election, because it means the difference between having a fair redistricting process after the 2020 census, or more Republican gerrymandering and the prospect of another decade of Republican rule on the state level.

The playbook stresses the importance of campaigning everywhere, from Dahlonega to Montezuma, but for local Democrats, the demographics of some House districts remain daunting. On the state level, both the Democratic Party and grassroots activists are working to recruit candidates because, the key to winning statewide will be having credible candidates contesting all districts on the map. About two dozen GOP-held seats are targeted for flipping. Most are in the outlying suburbs of Metro Atlanta, but several of them are out in the state, from Athens to Randolph County in Southwest Georgia.

Still, the playbook–beware the purple type–should give Georgia Democrats hope and open pocketbooks of heavy hitters. It’s also getting attention from Republicans, who have reason to be concerned as President Trump continues to deteriorate in office. Let them read it and weep.