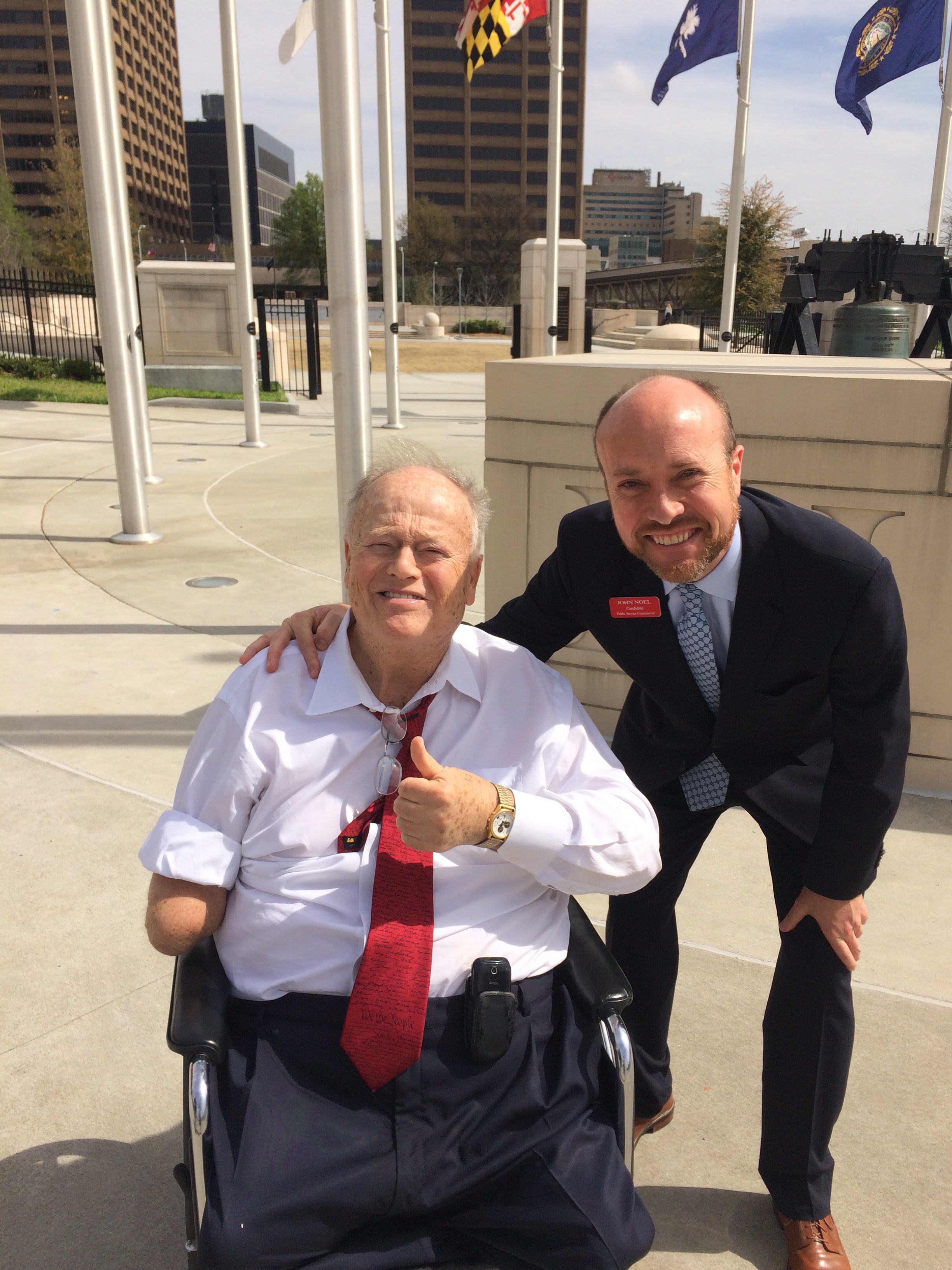 Big news from a big name in Georgia politics. One of my heroes. I met Max Cleland at a civic-club luncheon when I was the Houston-Peach Bureau chief for the Macon Telegraph in 1981, a few months before I moved to Atlanta with Judy as newlyweds. He was a wonderfully friendly man. I went on to the PSC and saw him maybe a half-dozen times when I worked at the PSC, saw him speak as Secretary of State once or twice. Maybe 25 years later, I saw him at a campaign function and we talked about the 80s, of Billy Lovett and Bobby Pafford and Joe Frank Harris. Good memories. He’s a great guy. #StrongAtTheBrokenPlaces

From the Noel campaign’s statement:

“I’m proud to support John Noel for PSC,” Cleland said. “He’s a dedicated environmentalist with a sound renewable energy policy. Just as importantly, he has strong ties to his community, and he’s running a strong, statewide campaign that includes all Georgians. That’s what it takes to win in November.”

Noel, a former state representative, faces two Democratic opponents in the May 22 primary. Early voting in the primary is currently underway.

“I’m extremely proud to have the support of Senator Cleland,” said Noel. “His courage, dedication to public service, and exemplary record serve as a shining example to us all.”

Noel, owner of Energy and Environment LLC, has championed renewable energy resources and
expanding much-needed broadband capacity in rural Georgia. He is a staunch opponent of continued construction on Georgia Power Company’s troubled $27 billion (and counting) nuclear Plant Vogtle Units 3 and 4, calling it “a worst-case scenario for corporate welfare and crony capitalism.”

He also advocates for increased transparency and accountability at the PSC, saying, “The Public
Service Commission has been captured by the utilities that it’s supposed to be regulating. I intend to change that and put the public back in the Public Service Commission.”

To back up his claim, Noel cited a recent Energy and Policy Institute analysis showing that Republican PSC members Eaton and Tricia Pridemore each have received about two-thirds of campaign donations from people and companies with business before the PSC, like Georgia Power. The EPI report also shows that Noel has received the fewest donations from utility interests of any PSC candidate with major campaign funding.

DeKalb County native Cleland, a celebrated Army veteran, is the recipient of the Silver Star, Bronze Star, Soldier’s Medal, National Defense Service Medal, Vietnam Service Medal, and Vietnam Campaign Medal, lost both legs and an arm in Vietnam. In 1970, he was elected to the Georgia Senate and later served as head of Veterans Affairs under President Jimmy Carter. After four terms as Georgia’s Secretary of State, he was elected in 1996 to the U.S. Senate, where he served one term.