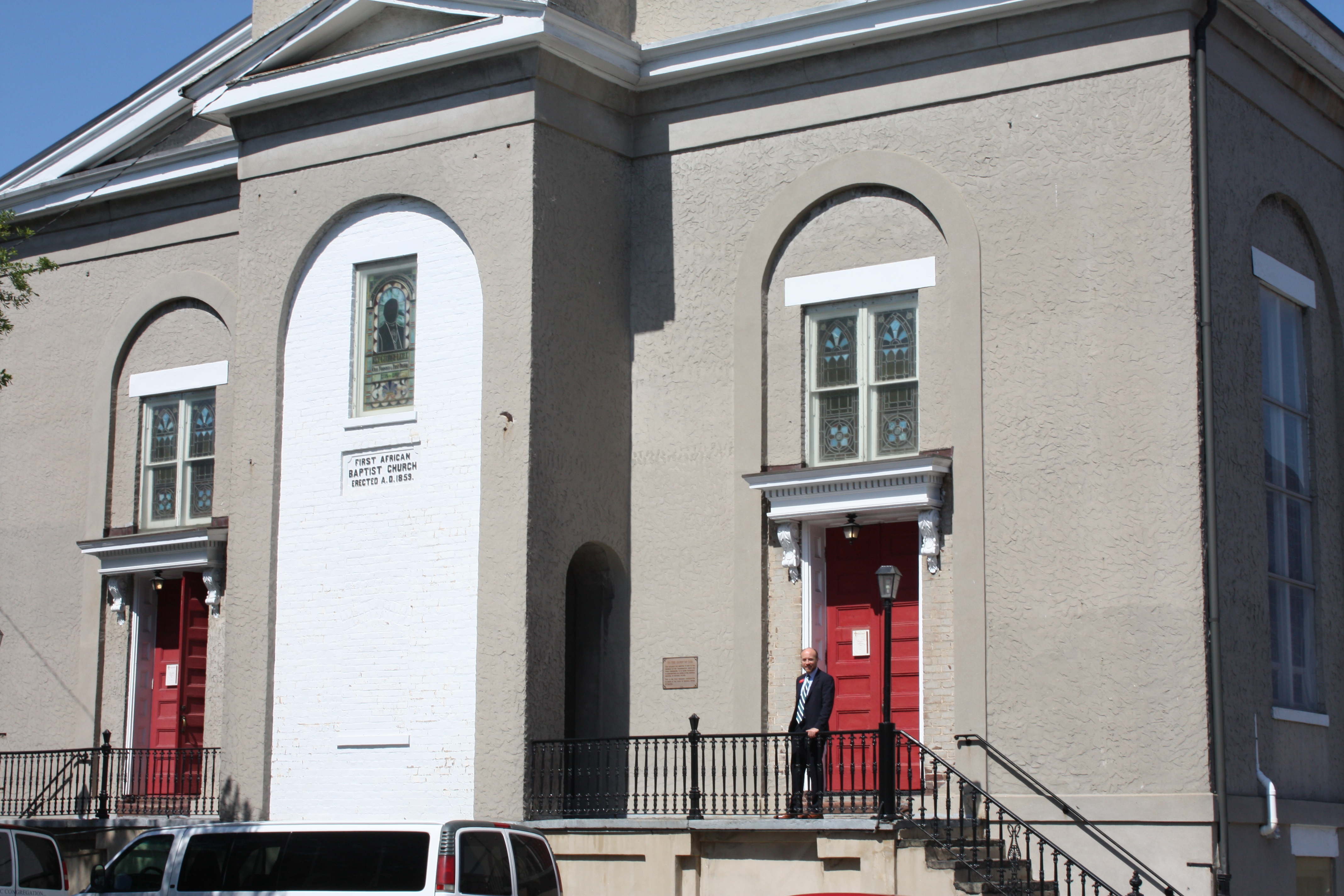 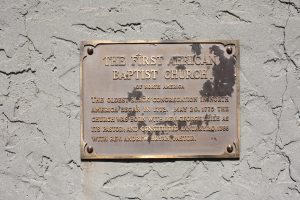 Savannah’s First African Baptist Church is a special place, thriving and historic, so I was excited about my visit on the next-to-last day of April. I was on the road with John Noel, who is running for a seat on the Georgia Public Service Commission, and he had scheduled a visit to the church during a three-day road trip.

Due to over-scheduling and whatnot, we arrived late, in the middle of the service on a blue-skied Sunday morning. When we entered, the first thing I saw besides the ushers was a bunch of white folks sitting in back—tourists who slipped in and out, hoping to catch a little—but probably not a lot—of the history and spirit of the oldest black church in North America.

A white-gloved usher led John and me to the third-row side pew, where we joined Chatham County Commissioner Jay Jones, who’d arranged for John to meet First African’s legendary pastor, Reverend Thurmond Tillman. The music came from a keyboardist, a drummer, several soulful gospel singers, a preacher or two, and a goodly number of congregants who sang along. At one point, the instrumentalists drifted away from their posts to slouch in nearby pews, only to be called back by a throaty associate pastor for some backup in the middle of his sermon about eagles and chickens. Great sermon. Wonderful church, awe-inspiring and humble, all at once.

Spoiler alert: the preacher was not a big fan of chickens.

At the end of the service, John was introduced to the congregation, and this happened to be a special day at First African: Reverend Tillman was celebrating his 36th anniversary in its pulpit. John talked with churchgoers leaving … and I got word of lunch in the basement.

When John was through working the crowd, we turned back into the church and deacons, putting the church back together, showed us slave carvings on the ancient wooden pulpit and the hidden baptismal font tucked away under the stage floor. I went downstairs with a big man who had to duck to avoid hitting his head on the door frame—but he was a really, really big guy. 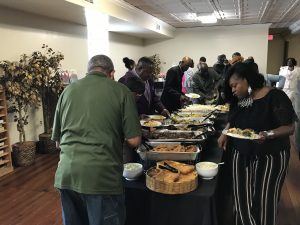 In the basement, a serious feast awaited. Wonderful food. Thank you, ladies and gentlemen of the church! This is a place of Grace.

As we parted, Commissioner Jones told John he should come back on the first Sunday of the month, because the crowd would be larger, but that day’s crowd was pretty big, even without counting the white folks coming and going.

As we sped off to an appointment in Statesboro, I knew I’d be back, because I’d promised Reverend Tillman a copy of Dad’s book, The Way It Was in the South: The Black Experience in Georgia. Sure I could mail it, but it seems the sort of thing best hand-deliver to Savannah, and Judy agrees so long as I take her along for the ride. After all, Savannah is lovely this time of year, as we learned on our honeymoon many years ago.

You can read more about John’s campaign or visit his website.