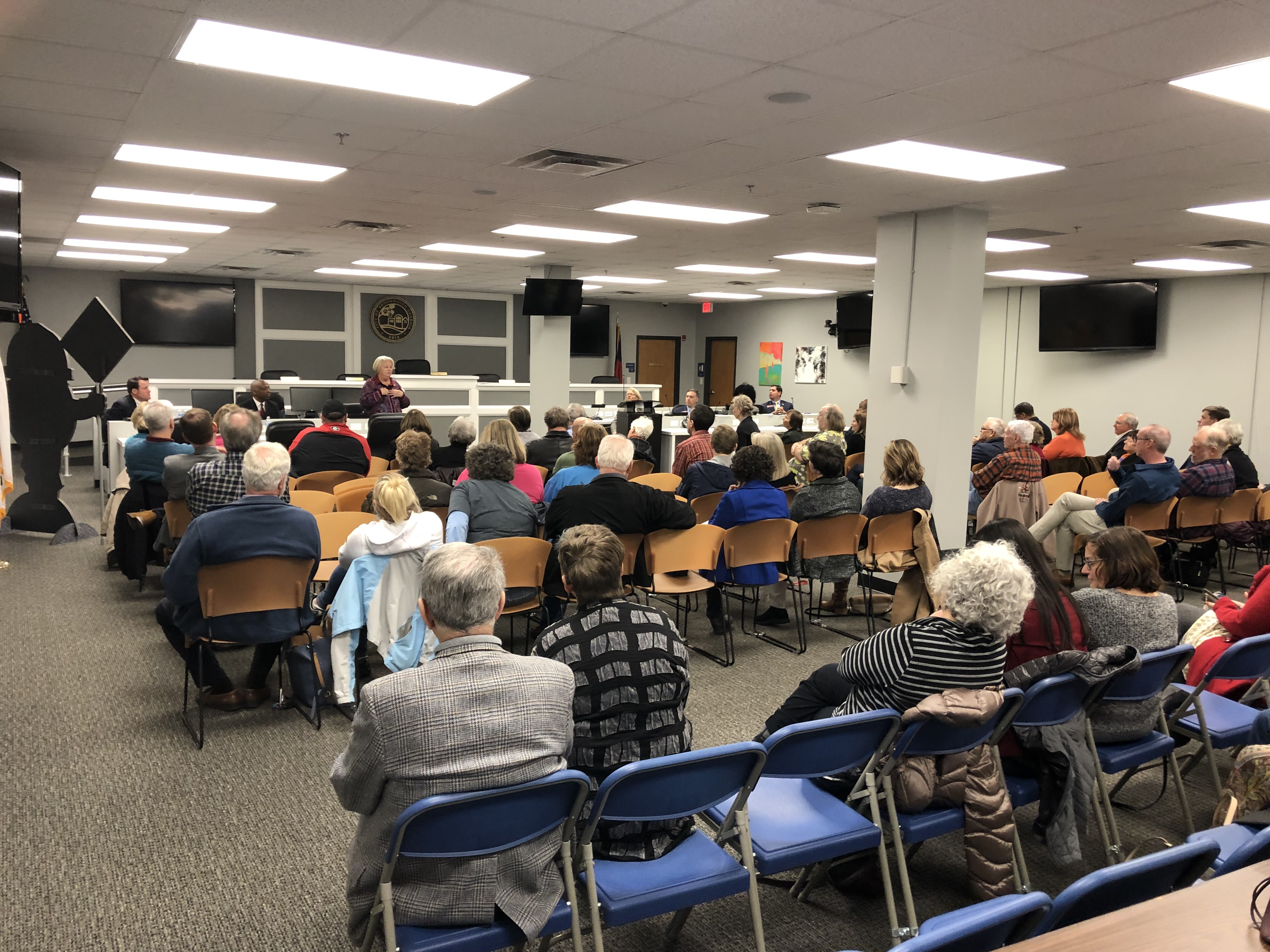 Nearly a dozen DeKalb legislators and legislators-elect—all Democrats now—discussed issues with an attentive audience of about 100 country residents at Brookhaven City Hall Wednesday night. In response to questions about election security, Rep. Scott Holcomb told the audience he would be introducing a “Paper Ballots” measure in this year’s session, which starts Jan. 14.

The state is due for an upgrade of its outdated election system, and legislators will be looking at the work of the Secretary of State’s  Secure Accessible Fair Elections (SAFE) Commission, which has been tasked to hold hearings and examine replacement voting systems, then make a recommendation to the General Assembly, which will decide the issue.  Election Integrity activists—and the SAFE Commission’s own cyber security expert—favor hand-marked paper ballots without using bar codes as the most secure, unhackable way to vote. It’s a contentious issue, but all parties agree that Georgia’s 16-year-old machines need replacing, and that Georgia needs a voting system with a paper trail that allows audits, something that’s not possible currently. Here’s some background on the issues.

A report is currently being drafted. The next (and last) SAFE Commission is today (Jan. 10), when the task force may formalize its recommendations. County election officials who sit on the commission have expressed support for marking devices (like the current touchscreen machines) that produce ballots with bar codes that are scanned for data input.

Rep. Mary Margaret Oliver noted that Georgia House Speaker David Ralston said on Political Rewind today that he was leery of returning to paper ballots. I heard that portion of the podcast, too, and he also considered the push for paper ballots to be coming from “the other side”—in other words, as a partisan issue.

And … breaking: Democrats have called for a delay due to the latest conflict of interest skulduggery by Brian Kemp. This guy. I swear.

So yeah, everything’s peachy on that front.

Transit, the possibility of a religious liberty bill (passage seems doubtful), ethics (we need some), education (if we cough up $5,000 raises for teachers, can we pay for anything else), Medicaid expansion (mayve?), criminal justice reform, cityhood issues, and DeKalb County government woes, to name a few  topics up for discussion in the 1½ hour session.

The biggest news of the night may have been the level of interest by citizens. The hundred attendees were a far cry from what Sen.-elect Sally Harrell (recently interviewed) saw when she attended such meetings as a State Representative nearly 20 years ago, and “no one was there.”