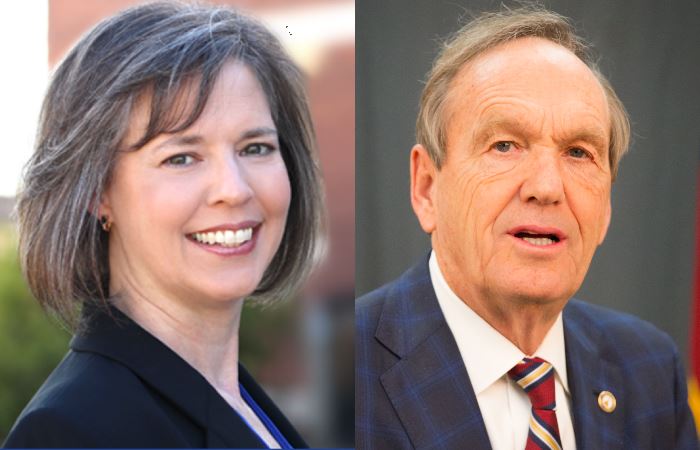 I just finished reading DeKalb activist and writer George Chidi’s GeorgiaPol post about the Senate District 40 race between Republican Fran Millar and Democrat Sally Harrell. Chidi focused on the tightness of the race and the role of endorsements, especially the non-endorsement endorsement by DeKalb CEO Michael Thurmond. It’s an interesting piece, well worth reading.

Millar is facing the first serious challenge since he first took office twenty years ago, and it looks like the lack of competition has made him rusty—or arrogant. He opened up the general campaign lying about Sally’s record and has refused to change his tune even after he was called out on it. On a more humorous note, in his most recent campaign disclosure, he reports spending $3,000 for endorsements.

That’s an eyebrow-raiser. After getting trolled for that, he said the expense is for an endorsement flyer his campaign sent out. Still. Stupid mistake. Someone’s asleep at the wheel. No matter the cost, Millar is proud of his endorsements, whether or not they actually exist. See, Millar is bragging on support that just ain’t there.

“(Millar’s) campaign, however, has been dinged by efforts to appear bipartisan, citing the “support” of elected officials who are actually voting for Harrell. Earlier today, Chamblee city councilman Brian Mock found it necessary to post a message on Facebook clarifying that he was a Harrell supporter, after Millar’s campaign used his name in political advertising.

“This caught me off guard as while Fran is a friend, no one had discussed this with me, nor would I have approved of it,” Mock wrote. “Realizing that mistakes happen, I did not get upset, but did feel the need to set the record straight. I wrote a letter to the editor of the Crier, but it did not make it to print. I’m therefore correcting this here as I believe in full transparency. I’ve already voted, and I voted for Sally Roettger Harrell. As stated, I like Fran and consider him a friend, but I have to vote according to my values and my beliefs. Having had many conversations with Sally, I’m convinced that I made the right choice. I would ask that you give her your every consideration.”

So there’s that. There’s also the issue of Thurmond’s unenthusiastic involvement in a race between a fellow Democrat and a veteran GOP legislator with the ability to make his life a living hell. Millar has pushed a “statement of support” by Thurmond as an actual endorsement, and perhaps it is, since, as Chidi notes, Thurmond has been steadfast in his refusal to endorse former state representative Harrell. She mounted a well-funded campaign to match what should have been a cash advantage for Miller. She also has an army of battle-hardened grassroots volunteers, many of whom joined her campaign shortly after last year’s Sixth District runoff.

Based on my own experience with Thurmond, I couldn’t care less who he endorses. Overall, these ritual shows of support aren’t as crucial as the endorsee hopes they will be. And while endorsements can often be a side benefit of power, Harrell, who last served in office more than a dozen years ago, has picked up an impressive slate of endorsements herself.

Bottom line: Don’t be surprised to see many of Fran’s endorsers backing Sen. Sally Harrell the next time around. And she won’t be paying $3,000 for endorsements, either.

Disclosure: I used to be bipartisan.