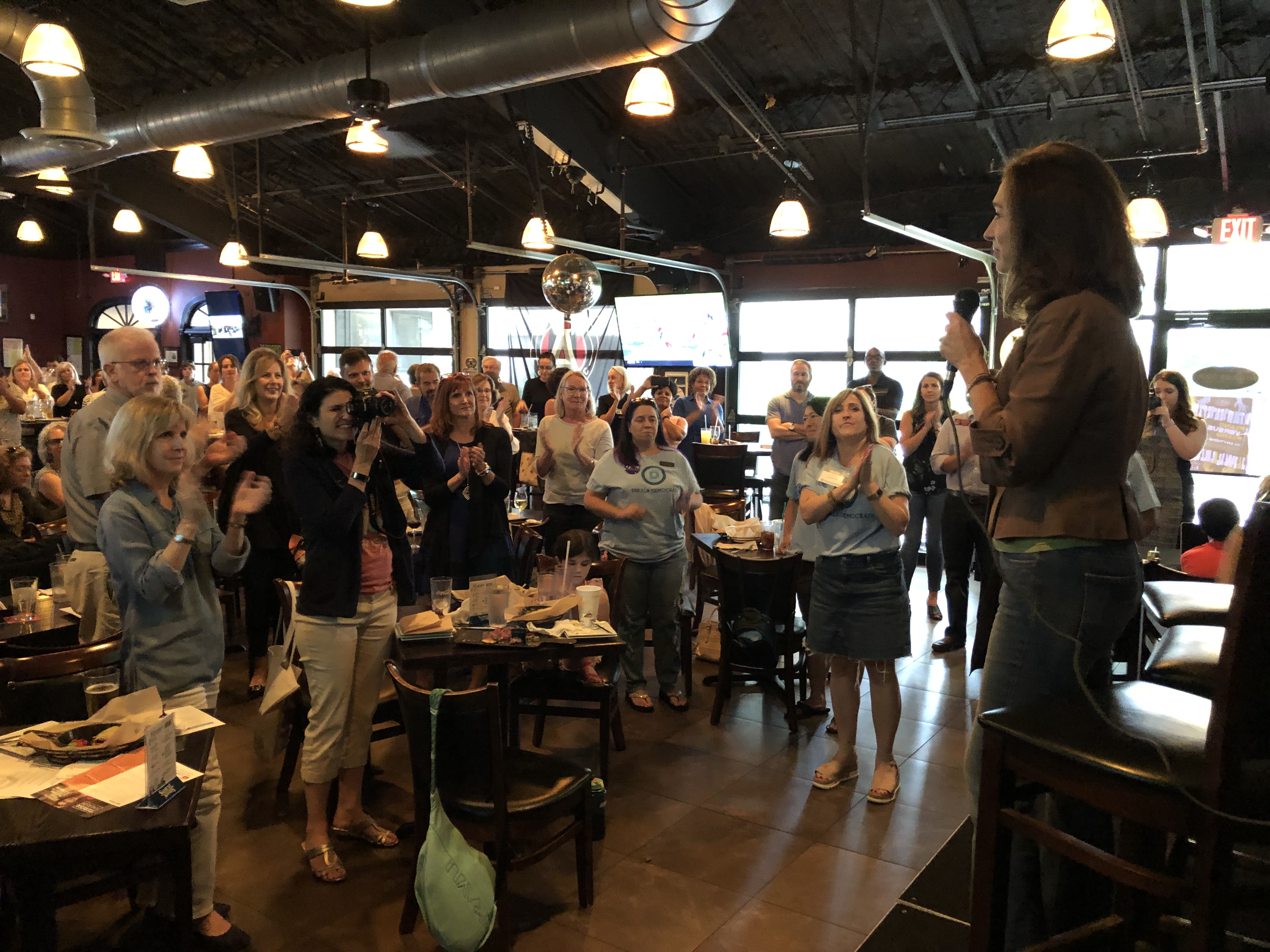 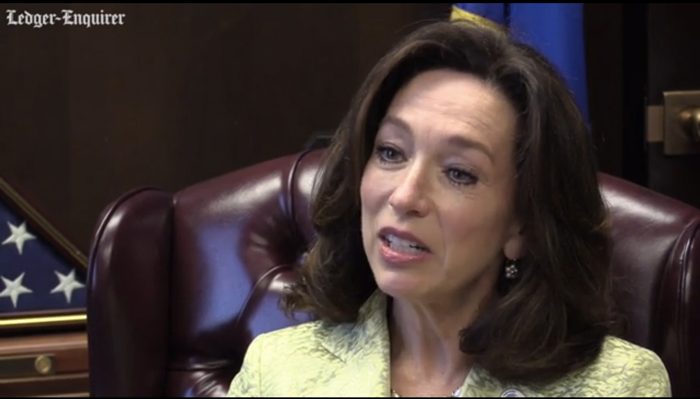 Georgia’s status as a 2020 presidential battleground and its two Senate races make it arguably the most crucial state on the electoral map. While we know nothing yet about retiring Sen. Johnny Isakson’s replacement, Gov. Brian Kemp is taking applications, subject to approval by President Trump. Feeling lucky? Take a shot!

Then there’s the other Senate race–more consequential, since it’s for a full six-year term. Whoever wins the special election to replace Isakson must run again in 2022. Also, Perdue’s fate is largely tied to Trump’s. No senator is more MAGA than Perdue, and his defeat would be a serious blow to Trumpism. Isakson isn’t MAGA, and he will leave office with his head held high after decades of service. Perdue, not so much, and the sooner, the better.

A man with no governmental experience, but plenty of rich-guy arrogance, Perdue came to Washington, D.C. touting his intent to balance the budget. Instead, he voted for disastrous tax cuts for the rich that have ballooned the deficit. He also fumbled on hurricane relief for South Georgia.

Scandal-plagued Scott Pruitt is gone, but Perdue’s anti-environmentalism persists. He has a whopping 1% rating from the League of Conservation Voters, and he’s a climate-science denier. Who lives on an island. How clueless is that? He called family separations at the border a “shiny object of the day” for the media, irritated that he wasn’t getting coverage on his issue, the budget. He’s just not good at this.

The well-funded incumbent is favored to win, but Georgia is quickly turning purple. Stacey Abrams came close to victory in the 2018 gubernatorial race. She’s developed a playbook to show how other campaigns can win. Partly, this involves taking advantage of rapidly shifting demographics that must be keeping Republican strategists up at night. A Blue Wave is quite possible, but it will take major effort and investment because of course it does.

When Tomlinson stepped inside the Brass Tap in Dunwoody late one Sunday afternoon in August, she entered the Heart of the Resistance. A year ago, it was GOP turf, represented by Republicans in Congress as well as Georgia’s House and Senate. After Ossoff’s failed bid to take the Sixth in 2017’s special election, the district’s battle-scarred Democrats led the 2018 challenge to Republican dominance in state politics and helped score the biggest Democratic victories in Georgia. Two key organizations in those victories, Indivisible Sixth District and Dekalb Dems GA HD79, sponsored the event.

Nowhere were the results more striking than in and around North DeKalb. Sally Harrell won in Senate District 40, becoming the only Georgia Democrat to defeat an incumbent GOP state senator. Four Dems–including HD79’s Mike Wilensky–won state House seats that shared turf with the 40th. And North DeKalb played a crucial role in Lucy McBath’s victory. Her huge 60%-40% win in DeKalb overshadowed losses in Cobb and Fulton and propelled her to a one-point win over incumbent Rep. Karen Handel in the Sixth.

That afternoon, Tomlinson–a graduate of nearby Chamblee High School–spoke to a crowd of 150 enthusiastic, politically savvy activists and volunteers. After her speech, she received a standing ovation. More importantly, she’s gaining support in SD40. Examples: I’ve recently received invitations from local campaign veterans hosting Tomlinson events, and my wife, Judy, an Ossoff precinct captain in 2017, has ordered a Tomlinson T-shirt. It’s blue!

A progressive, Tomlinson has the strongest resume in the Democratic field, having served two terms as mayor of one of Georgia’s larger cities. Having a political base outside Atlanta gives her a strategic advantage, as well. She plans to improve on Democrats’ recent performance in rural Georgia, and she sounds like she has the fire in the belly to campaign in all of Georgia’s counties.

“There’s no way (Republicans) win if you run a formidable woman from outside Metro Atlanta who can shave those vote margins,” she said. She mentioned a few of the counties she’s targeting: Rabun, Hambersham, Thomas, Screven, Peach, Fannin, some of which have Republican margins of “75, 80, 85 percent of the vote.”

Fannin County Democratic Women (and men) are ready to play ball in 2020. Saturday I delivered this message: Shave Republican margins in red counties and win this state! The energy around #Georgia is simply fantastic. ?#SendPerduePacking. pic.twitter.com/QE1KCVkLY8

All in all, she’s an impressive candidate. There are more reasons to support her that I’ll get to later. As for now I’ll let her do the talking. Here’s her stump speech from that Dunwoody event: