Trump announced his transgender ban while his Defense Secretary was ON VACATION. Essentially confirms a political decision from WH, not DOD led — @AdamBlickstein. 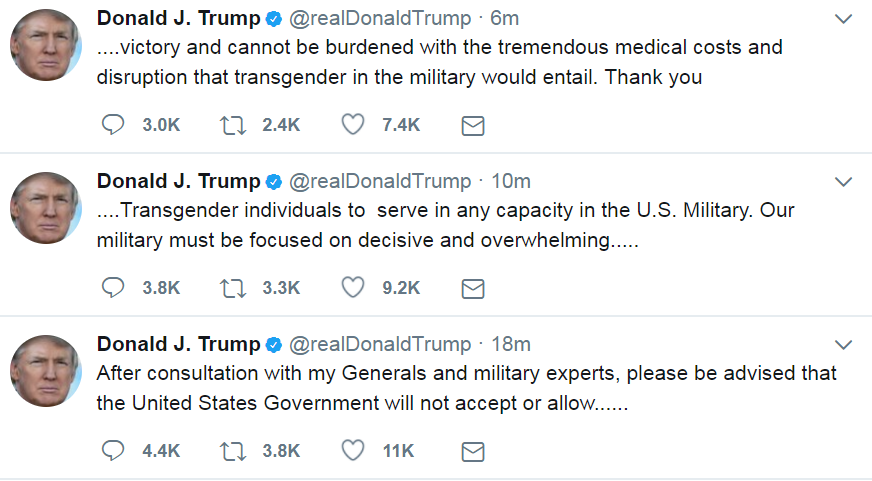 Perhaps. We’ll have to see if DOD is on board. It looks like the administration is melting down. Purge at White House; Sec of State is “taking time off” during time of open disputes with WH; AG’s job is under constant threat. Madness reigns.
Method to Madness: The Transgender ban is a play to the base, designed to shore up Republican prospects in 2018 Rust Belt states. It’s horrible, but straight out of the GOP playbook. Rove and Company used a similar strategy in 2004, putting state anti-gay marriage laws on the general election ballot to bring out the Conservative culture wars base and help another beleaguered president, George W. Bush win re-election.
Let’s hope this gets nipped in the bud. It’s a good day to join the ACLU, and always good to remember that Donald Trump is a draft dodger.