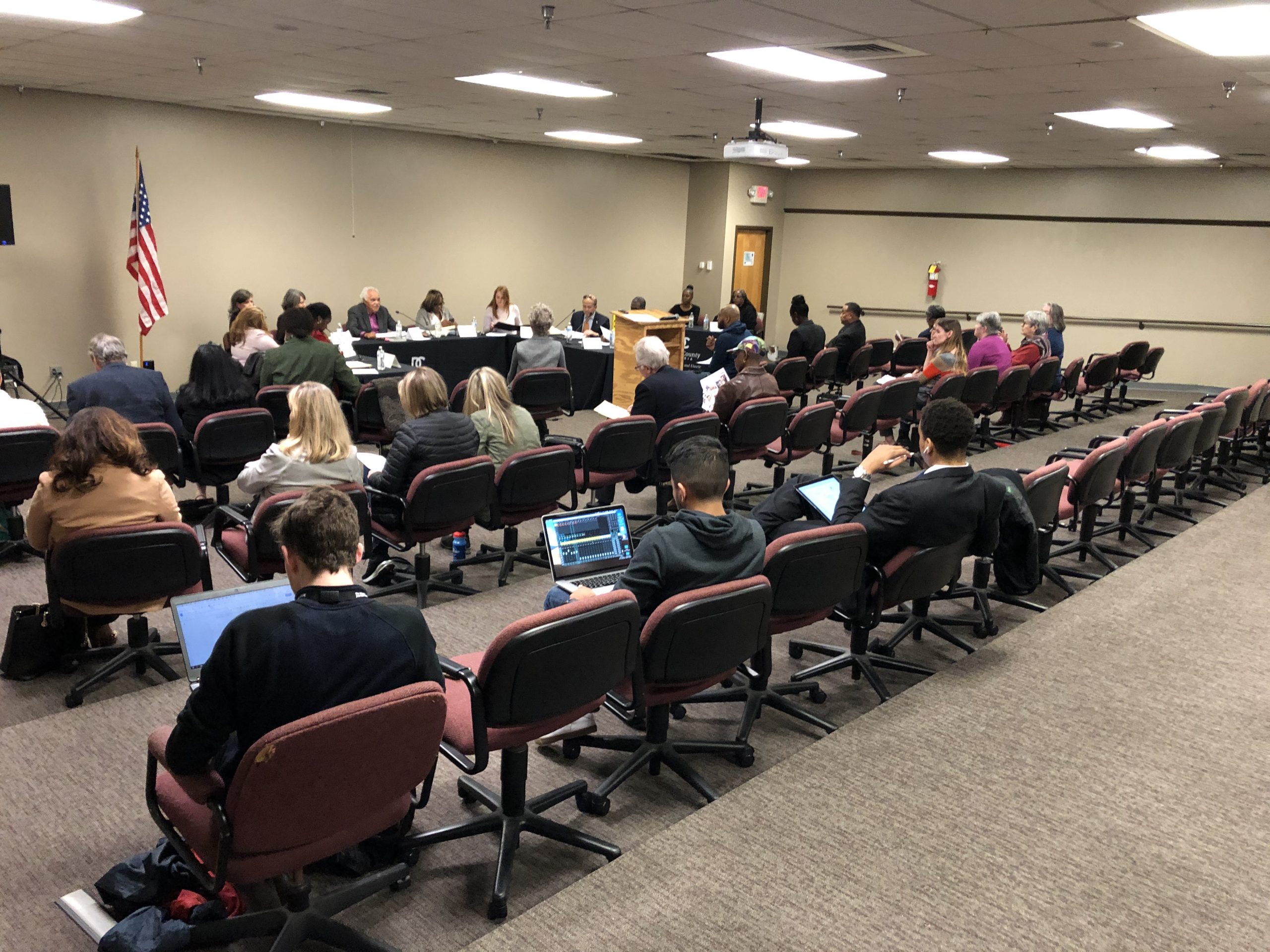 Above: This. Is better.

The DeKalb Board of Elections met Thursday in a different venue, down the hall and to the right, that actually looks like a meeting room. Much nicer, as you can see. The Board should hold every meeting there. Don’t make us go back to that dungeon room—step up and show some style! It’s 2020, and people are watching!

The reason for the nicer digs: a rare visit by DeKalb commissioners. We even said The Pledge of Allegiance for the first time in forever. About 30 people attended the hour and a half meeting, which attracted an AJC reporter. He was there to cover the presentation of a plan by County Commission Presiding Officer Jeff Rader to bring in consultants to observe and advise the Board on changes in operations and policies, if necessary.

Spoiler alert: They’re necessary. The Elections Board could start by hiring a public relations professional, who would tell them to keep meeting in the new location, because it’s less depressing.

While there’s been some pushback over timing issues, the board agreed unanimously to endorse the county’s proposal—after all, it comes with the promise of more money to cover necessary changes—and work with the consultants. We’ll have to wait and see if the board is advice-averse. You can read the proposal at the bottom of this post.

Rader’s proposal came from the work of the ad hoc committee he chaired. It was formed after a county-commissioned audit of the Elections Board fell apart over access to voter data. The county became involved following rather intense public comment at Board of Commission meetings last year highlighting problems at the Elections Board. (I was one of many to speak.)

Rader’s committee included county commissioners Nancy Jester and Mereda Davis Johnson; Elections Board members Dele Lowman Smith and Baoky Vu; Elections Director Erica Hamilton, and citizen representatives of Democratic and Republican parties. In the end, they decided that consultants would be hired to observe and advise the Board of Elections on navigating an election cycle that could get intense thanks to record turnout and the state’s new voting machines, which are undergoing a shaky rollout.

Georgia’s $100 million-plus touchscreen ballot-marking system is constantly criticized as being vulnerable to hacking as well as being unreliable, and more unsettling news comes in each day. If the system fails, the state must, in accordance with a federal court ruling, switch to hand-marked paper ballots–what election security advocates have been insisting on since even before Georgia’s SAFE commission held its first meeting. 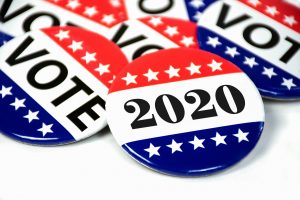 Elections Director Hamilton briefed the board on early voting for the March 24 Presidential Primary. Although she won’t present her proposal until the February meeting, her tentative proposal is more extensive than advanced voting has been in some recent elections. It includes ten sites in addition to the board’s main office on Memorial Drive. The most significant change from past EV sites would come in Decatur: First Baptist Church would replace First Christian Church as that city’s early voting site if she sticks with her plan and it’s approved. Hamilton said she anticipated early voting on two Saturdays and one Sunday, though she did not name locations.

Hamilton said three early voting sites would be open for three weeks prior to March 24. These are the usual suspects: Memorial Drive, the Gallery at South DeKalb, and Dunwoody Library.

During the public comment section of the meeting, several voters spoke in favor of increased election security and hand-marked paper ballots. As usual, they were ignored. For the record, the only feedback on the issue from the board came many months ago, when GOP member Vu called concerns over election security “hysteria.”

DeKalb voting rights and election security (i.e. hand-marked paper ballots) advocate Liz Throop regularly attends elections board meetings and also works as a poll observer during elections. Here’s the statement she delivered to the board Thursday:

DeKalb voters will flock to the polls in record numbers in 2020, and DeKalb faces many challenges. The State promised full delivery of the new system in December, but now says by early February. Fulton said today they have not received the manual they need to begin training, and it’s not even promised before the end of January. It’s hard to see how DeKalb can prepare for early voting for the primary beginning March 2nd.

During last fall’s pilots, new electronic poll books had two separate, multi-county malfunctions. A federal court has said Georgia needs to make backup paper lists of voters, and DeKalb must be ready to use them to keep lines moving and to resolve discrepancies between electronic poll books and data on the state’s public “My Voter Page.”

Poll workers will get very little time to learn how to debug voter lists, reboot touchscreens, and unjam scanners. Malfunctioning machines could slow down the system and cause citizens to leave without voting.

Helping DeKalb residents understand absentee voting procedures, including where ballots can be returned, could ease demand for voting on machines.

A court has ruled that the State must provide a contingency plan of hand-marked paper ballots if the new system proves impracticable. A proposed SEB rule states that you should move to such a system if lines are over 30 minutes long. Planning now for hand-marked ballots would allow DeKalb to be pro-active concerning privacy, security, machine shortages, and insufficient poll worker training.

Does that sound hysterical, Mr. Vu?

DeKalb Sheriff candidate Ruth Stringer showed up to plead that the Board allow her to keep the moniker “The Truth” in her name on the ballot. The Secretary of State’s office had flagged the nickname as a campaign slogan, which is prohibited under state law. After Stringer presented a document that showed this had been her nicknamed for man years, and some to-ing and fro-ing over whether she was “Truth” or “The Truth,” the board, it voted 4-0 to allow her to keep the name, so Ruth “The Truth” Stringer will be on the ballot—unless the Secretary of State’s office removes it. There were two separate votes on the matter. The second one came after Board Chairman Samuel Tillman, no fan of “The Truth,” was outvoted 4-1. Either confused or displeased by the outcome, he called for another vote with a show of hands. The ayes had it 4-0, and he didn’t bother to vote the second time.

Some statistics on the Secretary of State’s voter purge: Hamilton said that 27,560 voter registrations had been cancelled in DeKalb originally, but that 1,653 of those names had been added back to the rolls.

Proposal for Review of DeKalb Board of Elections