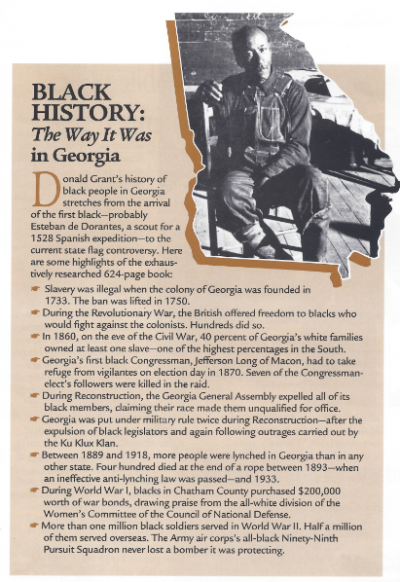 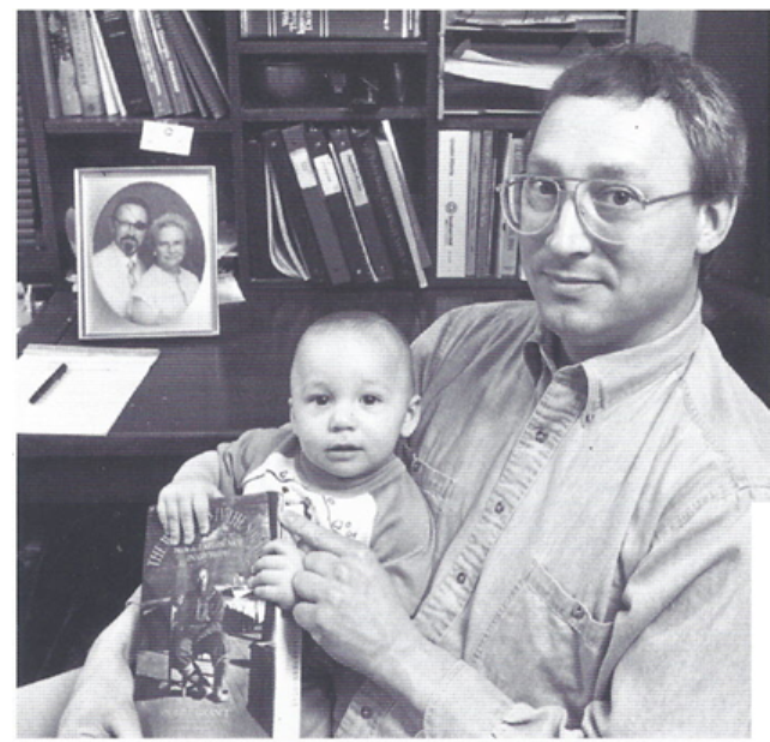 Original Caption: Grant says his father’s book is inextricably linked to other facets of his life. He was scouring page proofs of The Way It Was in the South when his wife went into labor with their second child—son Nathan (shown above).

This is the story behind a Georgia Book of the Year.

Ah, yes, I remember it well. I was sitting in the delivery room marking up page proofs when Judy’s situation suddenly required my complete attention. I tell people that while Nathan may look young (he’s a college freshman now), he was born during World War I. Dad would like that. 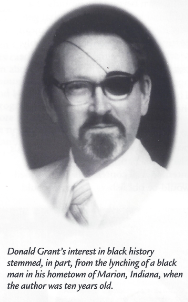 The Way It Was in the South: The Black Experience in Georgia was honored as an Editor’s Choice by American Heritage magazine and named Georgia’s nonfiction “Book of the Year.” I accepted the award on my father’s behalf six years to the day after he died.

The last narrative that Dad wrote for The Way It Was covered Hosea Williams’s 1987 marches in Forsyth County, Georgia, the all-white county infamous for its purge of more than 1,000 black residents 75 years previously. My new novel, Brambleman, is a fictional account of that purge–and people’s attempts to come to grips with it. It is very much a story about the burden of Southern history.

I recounted my experience of finishing Dad’s book in an article for Georgia Alumni Record in 1994. It isn’t the only memoir I’ve written, and I hope it’s not the last, but as for now, I have some novels to write. And oh, yeah, blogs. I think Dad would like blogs, as long as they had chapter headings and could be printed out. He hated phone calls. No record of them, although the Patriot Act may have changed that. I know he wouldn’t approve of the Patriot Act, though. By the way, the book has been in print for nearly a quarter-century. It is now published by the University of Georgia Press.

Update: I actually wrote another memoir! This one’s about writing novels as well as working on Dad’s book. 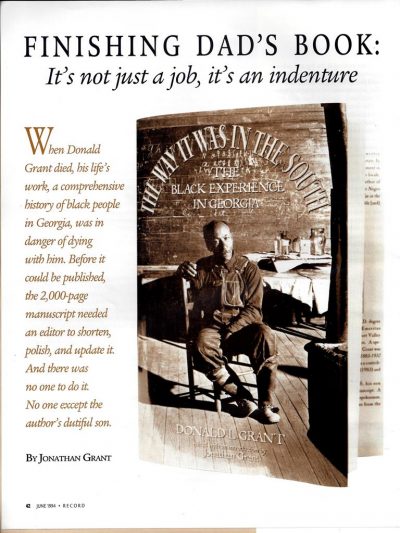 Here’s the start of the article:

On a gray winter day in February
1989, a UPS driver tossed a
large box on my porch. I heard
the thump from my upstairs study.

The box contained a 2,OOO-page
manuscript, which represented my
father’s life’s work: a comprehensive
history of blacks and race relations in
the state of Georgia, home to both the
twentieth-century Ku Klux Klan and
the civil rights movement. Such a
work had never been completed be-
fore, and unfortunately that was still
the case. In November 1988, after hav-
ing spent fifteen years toiling on the
book, Donald Grant, emeritus profes-
sor of history at Fort Valley State, died
before he could find a publisher for
his unfinished opus.

The idea that I was the right person 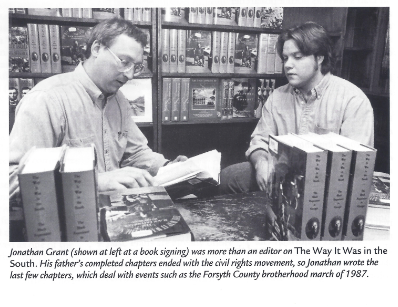 to rescue Dad’s history wasn’t obvious
to me. (Somebody ought to do something
about that book, I thought when he
died. But then I went on about my
business.) It was obvious to Mom,
however. Not long after Dad’s death
she called and asked me if I would
consider finishing the book. A retired
college reference librarian, Mildred
Bricker Grant had put in a lot of work
on Dad’s book as both a researcher
and proofreader. (Dad was a great
teacher, but not a great speller.) And
she wasn’t about to see his life’s work
die with him.

I’m a writer myself, but I was no historian.
So I didn’t come right out and say I’d do it.

I was working on my first novel at the time,
and the thought occurred to me, If I haven’t
even finished my own book, how can I
make a commitment to finish someone
else‘s–euen ijit’s my father’s? Despite my
misgivings, I told Mom I’d see what I
could do.

When I read the first chapter–
about Spanish explorations and colo-
nial Georgia–I was hooked. This was
not some dry, old, lifeless text; it was
alive, even fascinating. I learned that
slavery was originally banned in the
colony of Georgia, and that white
Georgians worried more about hold-
ing onto their slaves than about win-
ning the Revolutionary War. (Even so,
during the Revolution, most of
Georgia’s slaves ran off to live with In-
dians or formed armed camps called
maroons.)