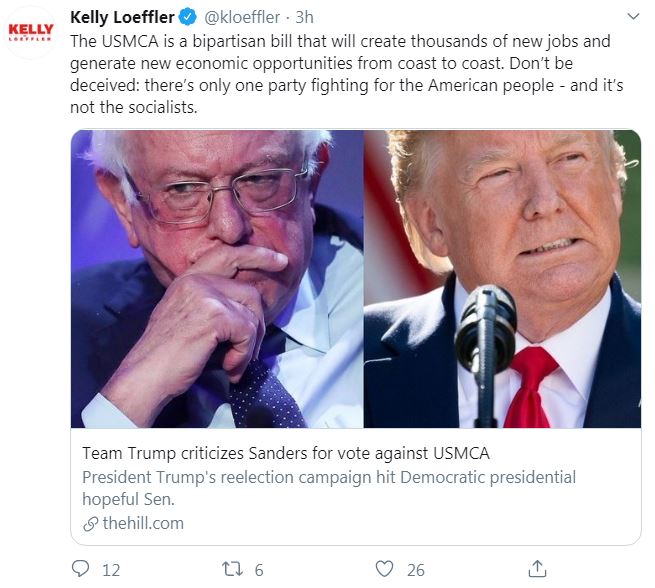 Note: I’m collecting lies for a Georgia edition of Lies and the Lying Liars who Lie them. Send them to me! Especially valuable: GOP mailers, like this smear on Rep. Josh McLaurin that got the Georgia Republican party sued for libel.

Recently, Rep. Doug Collins said Democrats were in love with terrorists and was forced to  apologize for his wrongful nonsense. Impeached for Life President Trump, never one to miss a chance to go even lower—and who never apologizes—followed that up by retweeting a picture of Senate Minority leader Chuck Schumer and House Speaker Nancy Pelosi dressed in Iranian garb by an Iranian flag.That’s some serious third-grade level taunting. Trump was roundly condemned, but #MAGA cheered him on, of course. It’s a Fifth Avenue thing.

Unfortunately, it’s what we’ve come to expect in the age of Trump. The newest player in Trumpworld, wholly owned Sen. Kelly Loeffler, has quickly descended to the lowest depths of partisanship, zooming past Trump’s biggest sycophant  in the Senate, David Perdue. Today, they joined their Republican colleagues in voting against attempts to subpoena documents as evidence in Trump’s impeachment trial. They don’t want to see the evidence because the evidence is damning to the president. If this is news to you, follow George Conway on Twitter.

The USMCA is a bipartisan bill that will create thousands of new jobs and generate new economic opportunities from coast to coast. Don’t be deceived: there’s only one party fighting for the American people – and it’s not the socialists. https://t.co/FaR7xsPtJ5

So this is something: “Don’t be deceived: there’s only one party fighting for the American people – and it’s not the socialists.”

Does she know or care that Rep. Steny Hoyer (D-MD) was the bill’s sponsor in the House of Representatives? Or that 37 of 45 Democrats voted for the bill? Or that Democrats provided the majority of votes in favor of the bill (193)?  Or that Democratic Socialist Bernie Sanders, who voted against USMCA, is polling at just 20 percent among Democrats?

Hell no. And facts be damned. She’s got her talking point and she’s going to run around shouting “Socialist” at Democrats until November, even though it shows she has no idea what she’s talking about. This is not only hateful, but completely brain-dead. Perdue’s opponent, Democrat Teresa Tomlinson, had something to say about the socialism scare.

She’s desperate, though. She’ll do anything to please the Republican power structure. How did someone so rich–worth a half-billion–get so owned? And because she’s inauthentic, and the job was handed to her in a sham process, she has to worry about a strong Republican challenge in her next election. Which caused her to go through another dumb photo op.

Fear @RepDougCollins much? @kloeffler (R-NYSE) is running to the right as fast as she can. But @TheWNBPA owner posing with anti-LGBTQ activist @tperkins–Really? Empty-headed move. She's quickly becoming more obnoxis than @sendavidperdue. I did not think that was possible. #gapol https://t.co/Rfu1FfMyi3

Here’s a clearer take on impeachment:

Teresa Tomlinson had the gumption to speak out early on the need for impeach proceedings against @realDonaldTrump–when others wouldn’t. #georgiagumption pic.twitter.com/u9JQS0LqT1

1 thought on “Georgia’s new Sen. Kelly Loeffler doesn’t know what she’s talking about, but that won’t stop her”