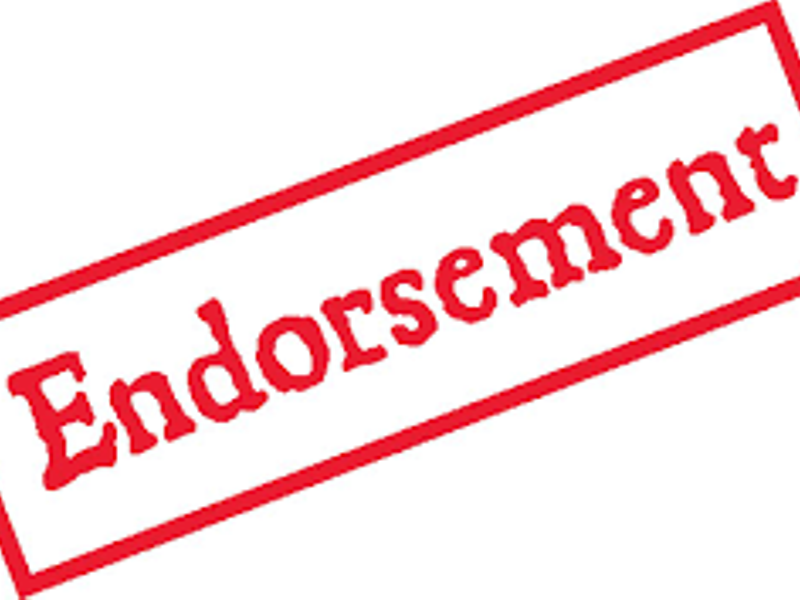 Update: Is Jon Ossoff the front-runner in Georgia Senate race?

In the endorsement game, Raphael Warnock captured the biggest prize for Georgia Democrats early on, when Stacey Abrams immediately signaled her full support for his campaign to defeat Sen. Kelly Loeffler. There are, in all, twenty-one candidates in that Battle Royale. A runoff between the top two November vote-getters is a certainty, but with eight Democrats in the race, it’s possible that the top finisher from Team Blue won’t play on, even with Abrams’ support.

Abrams—who’s being discussed as a VP candidate—will likely stay out of the state’s other Senate race, where seven Democrats are vying to unseat David Perdue. Only three of them are considered major contenders—that is, having substantial funding, paid staffs, broad social media platforms, campaign experience, and endorsements: Sarah Riggs Amico, Jon Ossoff, and Teresa Tomlinson.

Further refining the list, only one of them has experience as an elected official: Tomlinson, the former mayor of Columbus, Georgia’s third-largest city. She’s won two elections. Both Amico and Ossoff have failed in attempts to win Georgia’s Sixth Congressional seat, and the state’s Lieutenant Governor’s office, respectively.

With a clear edge in experience, Tomlinson also leads in endorsements. In fact, she’s running up the score, with nearly twice as many as Ossoff (45-25, by my count). She rolls them out in Twitter threads, and posts them on her website. Her endorsement pages include what her supporters have to say about her, along with short bios.

On Team Tomlinson: Former Atlanta Mayor Andrew Young, Sen. Max Cleland, Slugger Hank Aaron, Civil rights leaders Joe Beasley and Francys Johnson, as well as political figures and civic leaders across the state, from Savannah and Augusta in the east to Columbus in the west. My favorite: Barbara Williams, mayor of Fort Valley. Peach County is the key to everything, Just saying.

Ossoff’s major endorsements come from Reps. John Lewis and Hank Johnson. He’s worked for both—as a high-school intern for Lewis, and later as a campaign and staff aide for Johnson. Their support dates back to 2017, when Ossoff burst onto the scene, entering the Sixth Congressional District special election. He used their endorsements and a wad of cash to muscle other Democrats out of the race. Ultimately, he lost to Republican Karen Handel in a runoff, but the first part of his plan worked to near-perfection.

This time, not so much. Because Tomlinson. She isn’t getting muscled out. Neither is Amico, who has racked up union endorsements, including one from a local of the International Brotherhood of Electrical Workers. As chief executive of Jack Cooper Auto Transport, a union shop, she’s developed a good relationship with labor, and it’s paying off. She even joined AT&T workers on a picket line the day she announced her campaign.

Back to Ossoff: He relied heavily on Lewis’s endorsement in 2017, and that’s still the case in 2020. How important is Lewis’s endorsement to Ossoff? All-important. Ossoff literary uses the venerated civil rights hero as his front man in his public imaging, putting himself in the background on his Facebook page and his website.

Side note: A former felon pardoned by Trump is running against Lewis as a Republican–maybe part of the pardon deal? Ick. There should be a designated heckler at all her events to shout out, “Tell ’em about them cars you stole!”

Not only do Lewis and Johnson endorse Ossoff, they brought a crowd of endorsers from their territory. Ossoff announced his campaign in early September. A month later, he released a raft of endorsements by black politicians, twenty in all. Nearly all are from Metro Atlanta, most representing territory in the 4th or 5th Congressional districts—Johnson and Lewis territory.

And then … not much. Not that I can find, with the exception of State Rep. Spencer Frye of Athens and one Columbus City Councilman who saw Ossoff speak and liked his position on veterans issues. Sen. Steve Henson (who shares turf with Johnson) endorsed Ossoff, but Henson is on his way out. Extremely unlikely Henson would have done this if he was standing for re-election.

The fact that Lewis and Johnson are personally close to Ossoff raises questions. Lewis has said that Ossoff is “like a brother to me.” Does that cloud his judgment? It certainly precludes him from looking objectively at other candidates. It doesn’t matter to them whether Amico or Tomlinson have better platforms or a greater chance of winning in November. Both Congressmen are Ride or Die with the young white guy. That’s why I put asterisks by their endorsements.

“Teresa has been a champion for Georgians and a proud Democrat for more than 30 years. I witnessed her time as Mayor of Columbus firsthand, so I know how her leadership makes government work for the people. Join me in supporting Teresa Tomlinson for U.S. Senate. We desperately need Teresa’s steady hand at the wheel of our government in Washington, D.C.”

Tomlinson has deep roots in Atlanta, having graduated from Chamblee High School and Emory Law School, but she considers her political strength outside Atlanta key to beating Perdue, and receiving endorsements from all over Georgia reinforces her point. She has more than a dozen endorsements outside Atlanta; Ossoff has three.

Candidates rejoice when they convert an opponent’s supporter to their side. Tomlinson flipped several of Ossoff’s 2017 supporters to her 2020 Senate campaign early on: Jason Carter, Roy Barnes, and Democracy for America, to name a few. The Democracy for America endorsement of Tomlinson and Warnock was a big deal, drawing headline coverage in the AJC (most endorsements are handled as briefs).

A couple of weeks ago, Tomlinson came up with another coup: an all-star lineup of Atlanta pols. Their endorsements were rolled out last week, starting with Atlanta City Council Member Andrea Boone, who had previously endorsed Ossoff. Boone said, “Experience matters! As Mayor of Columbus, Georgia, Teresa also served as head of Public Safety and Homeland Security. I’m supporting Teresa Tomlinson for U.S. Senate because she is ready to serve.”

Ossoff got wind of this in advance, and prevailed upon State Sen. Emanuel Jones to flip his support from Tomlinson to Ossoff. “He had to do something to stop the bleeding,” Tomlinson stated.

That Jones endorsed Tomlinson in the first place came as a surprise, since he operates in Johnson’s sphere of influence. His Senate district overlaps those of both Rep. Johnson and his wife, DeKalb County Commissioner Mereda Davis Johnson. Was leverage applied? If so, it worked.

What Tomlinson called pre-emptive move got big play in the AJC. Political Insider covered Jones’s flip as the lead story in The Jolt.

“Jon is understandably steeling himself for several endorsements we have coming out next week,” Tomlinson wrote, responding to the coverage.

These all received small notices in comparison to the bigger news Ossoff generated. So maybe people think Ossoff is WINNING!

Tomlinson has this to say about that: “We are drawing the biggest crowds all across the state of any candidate. Fundraising is up (she says that she and Ossoff are neck-and-neck in the current cycle), enthusiasm is up. People want to beat Perdue, and they know they stand the best chance of that with a candidate who has actually won elections and governed well. In order to beat an incumbent, you have to field a contender who is a winner and who has a record of accomplishments in many fields but particularly in politics and public service.”

Disclosure: I, too, have flipped. I worked in Hank Johnson’s 2006 and 2010 campaigns and spent hundreds of hours in 2017 trying to get Jon Ossoff elected to Congress, but I now have a Tomlinson yard sign. You can get one, too.