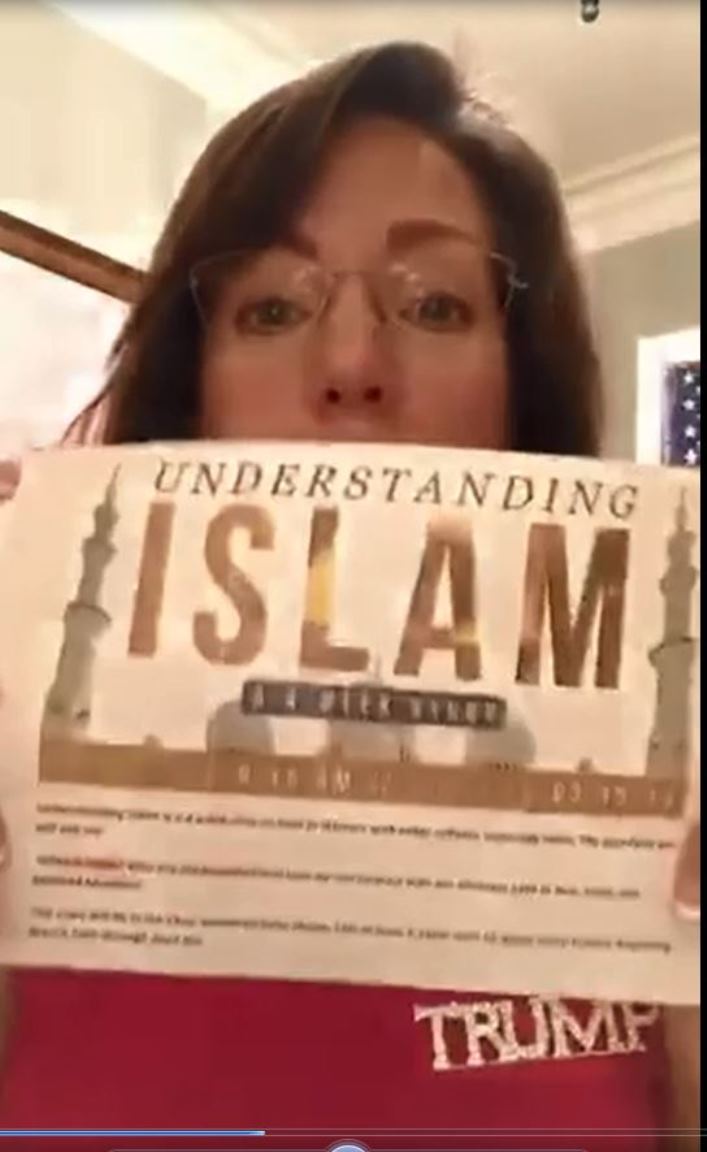 In case you missed it, see Raw Diehl of the Day #1: Ellen Diehl and the global witches’ coven

I’m posting videos that Georgia House District 81 candidate and ardent Trump fan Ellen Diehl deleted from her YouTube channel after I published a blog post about them and the Atlanta Journal-Constitution picked up on the story.

I’m looking through them again, and this one … is interesting.

Posted on Wed. May 31, 2017, it contains a drifting riff about Donald Trump and Russia. Spoiler alert: It didn’t happen! (Note: Today, Trump campaign aide Georga Papadopoulos was sentenced after pleading guilty to lying to the FBI. His drunken bragging about Russian dirt on Hillary Clinton is what started the Trump-Russia Witch Hunt.)

Also, she mentions that she tried out for “Survivor” three times. This attraction to reality shows may help explain Diehl’s early adulation of Donald Trump.

The claim about Islam in the headline is a constant thread in her videos. She. Says. It. A. Lot. She does not like Muslims and believes ISIS wants to use Syrian refugees to infiltrate the United States and kill us.

(3:22) Understanding Islam: If you’re not Islamic, they want to kill you. Boom. End of class.

Ellen Diehl is a hardcore Trump supporter who operates at a near-fetish level and mixes politics and religion. In 2017, she made scores of livestream videos and posted them on social media. Late that year, she announced a run for state House District 81 in North DeKalb against Rep. Scott Holcomb.

Unopposed in the primary, she now represents the Republican Party on the ballot in the Nov. 6 general election.

Diehl’s videos are revealing, even disturbing. They raise questions about her fitness and ability to represent a diverse district—or any district. Remember Jason Spencer? She’s a “kinder, gentler” version, but definitely Islamaphobic. She hates Democrats, too. Calls them demoncrats. Thinks Michelle Obama is fat and ugly and her husband, the 44th president of the United States, is a Muslim terrorist. After you see the videos, ask yourself: Do I want this woman anywhere near pending legislation? And why is veteran GOP Sen. Fran Millar supporting her?