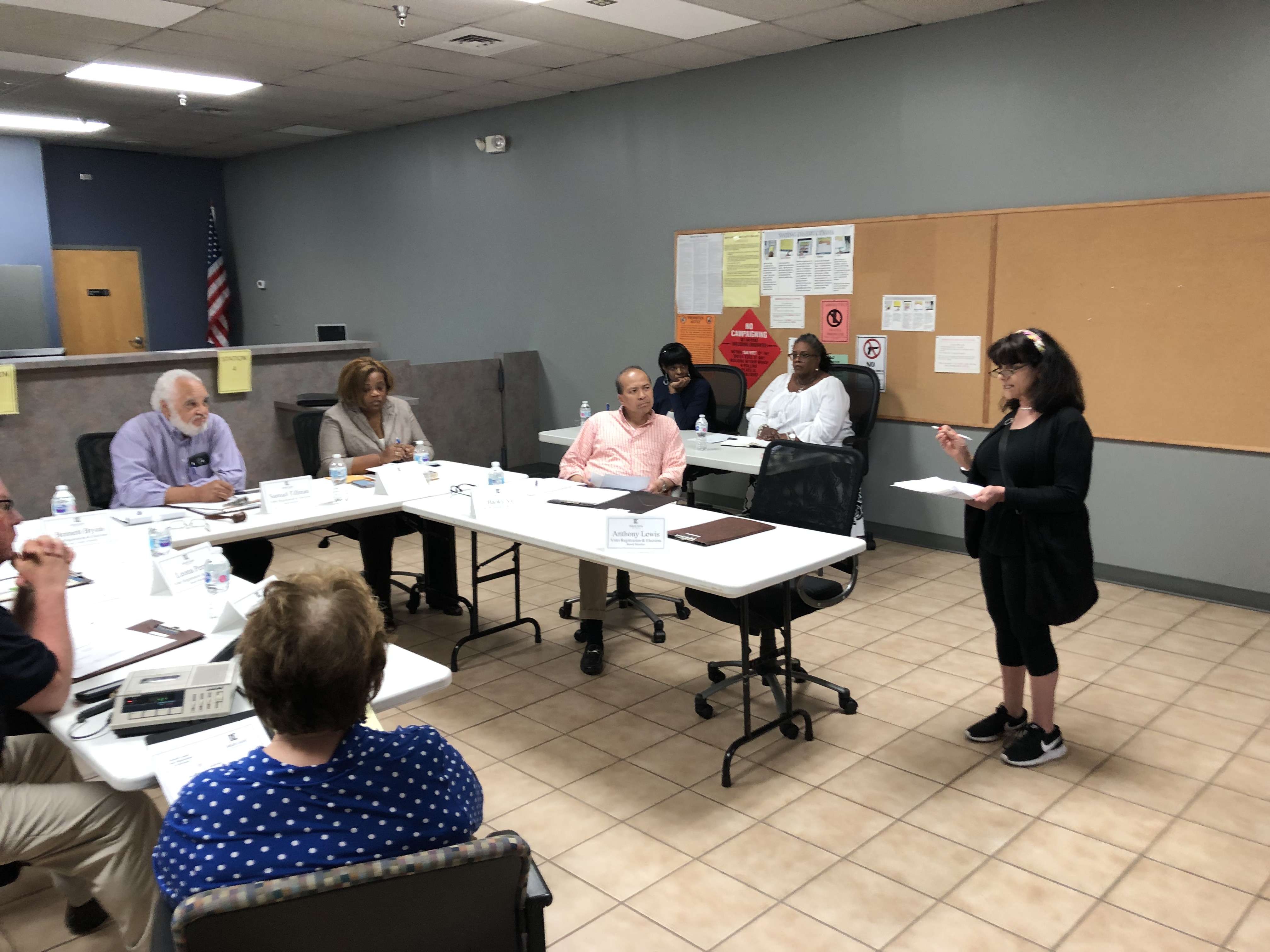 Above: Yet another plea for hand-marked paper ballots ignored. Speaker: Madeleine Soloway

Legislative Note: The selection process for DeKalb Board of Voter Registrations and Elections members will change if Senate Bill 246, sponsored by Steve Henson and passed by the General Assembly, is signed into law by Gov. Kemp. The legislation is designed to allay concerns raised during the controversy over DeKalb’s Ethics Board: that non-government did not have authority to appoint members of public agencies in Georgia. Currently, two Board of Elections members are chosen by the local Democratic Party and two by the Republican Party; those four members choose the 5th member, considered to be an independent (at-large). Senate Bill 246 would change the process, if not the outcome. The two political parties (more specificaly, DeKalb’s party executive committees) would each nominate two members, and the Chief Judge of the Superior Court of DeKalb County would approve. That judge would then choose the fifth independent or at-large member.

It’s well worth noting that the membership of the DeKalb Board of Elections has remained largely unchanged for many years. Four of the five members who signed the Board’s current charter in August 2013 still hold their posts: Democrats Samuel Tillman and Leona Perry, Republican Baoky Vu, and independent Michael Coveny.

Also worth noting that the Board of Elections will be undergoing an extensive audit over the next year.

To get a taste of how the Board’s monthly meetings are conducted, listen to the audio file of the April 11 meeting at the end of this post.

In its Thursday April 11 meeting, the DeKalb Board of Elections named Tiffany Gilbert as its new elections supervisor, promoting her from within the department.

In other business, the board approved staff recommendations on three precinct/polling place changes:

Atlanta in DeKalb: Epworth precinct, where voting had been shifted to Mary Lin Elementary School last year, is being moved back to its original location. The precinct will be renamed Candler Park.

Editor’s note: This change will make three-week early voting in Tucker even more important in the 2020 elections.

If you want to get an idea of how decisions are made and discussion is held, I encourage you to take a listen: