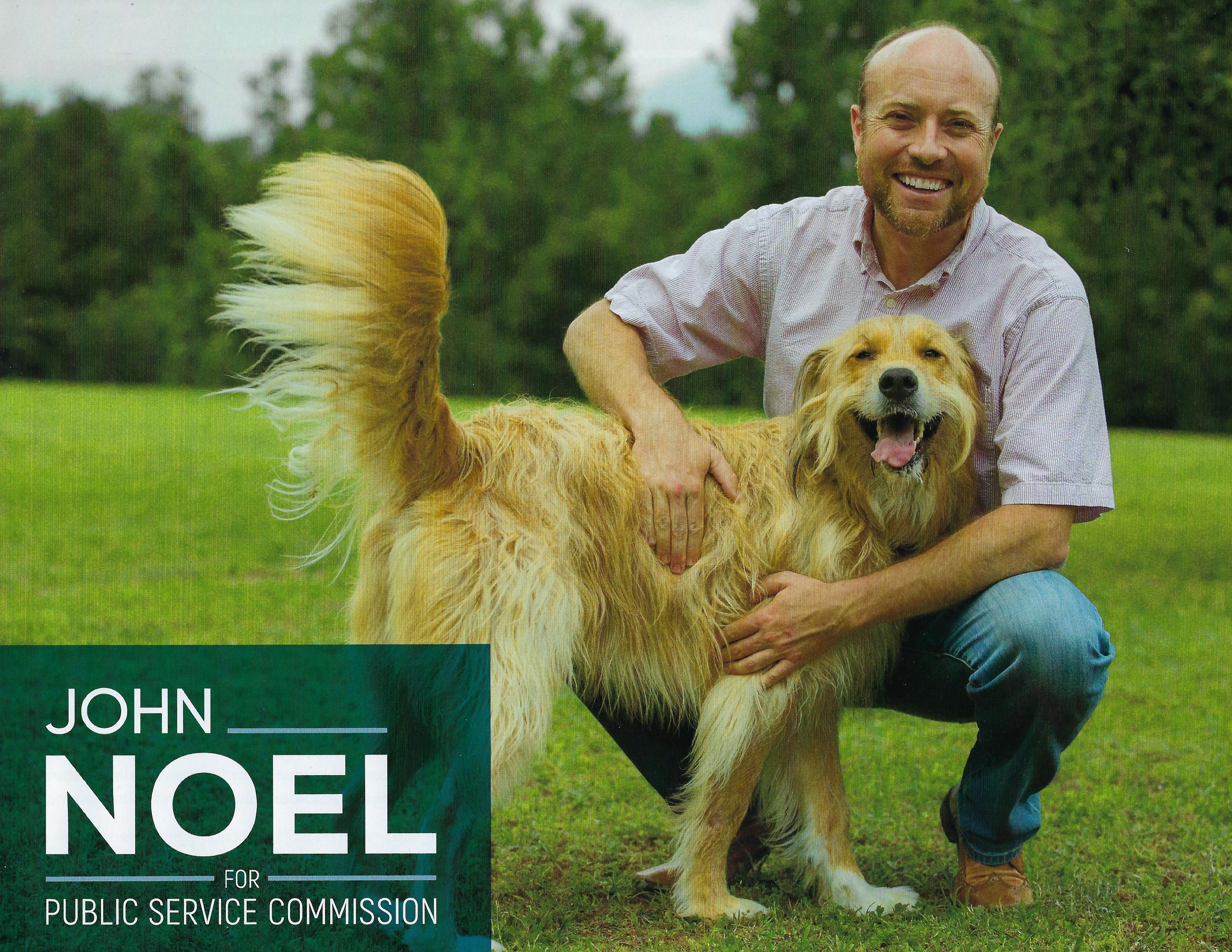 After a town hall meeting the other night, a woman told me she was torn between supporting John Noel and his Democratic primary opponent in a statewide Georgia Public Service Commission race —until she received John’s flyer. It has a lot of information, but it was this picture on the front that convinced her to back John, because a man with a dog like that is a man worth voting for. BTW, the lady is a veterinarian.

It’s true. Sydney is a great dog. I think she laughs a lot. Her tale and whiskers make her look like a dog from a fantasy story, and the expression she has in the photo? Pretty much constant. She is one happy dog. It is infectious. When she barks, she’s basically just yelling hello. She is a hellacious ball-hawk. John and Wendy Hogg, her humans, have a throwing stick that they use to launches tennis balls into the woods of their three-acre urban homestead, nestled in an industrial section of West Atlanta  across the river from Georgia Power’s Plant McDonough-Atkinson.

Confession: I have tried playing fetch with Sydney. She is fast and zooms out to get the ball, then brings it back and won’t give it up. Not to me. I have fought her for the ball and lost. She looks really funny trotting around with the ball in her mouth, especially with that whiskery face.

Here’s another picture of her. Wendy brought  her to Power to the Polls, held at The Bakery in Atlanta on the anniversary of the Women’s March. Sydney kept turning around and wouldn’t pose the sign for me, so Wendy had to hold it up  for the picture.

Anyway, Sydney is a great dog. And now, a proven vote-getter. If you get a flyer, that means you’re a real Democrat, like John. If you’re lucky, you’ll get to meet his dog. One word of warning. Don’t expect to get the tennis ball back.