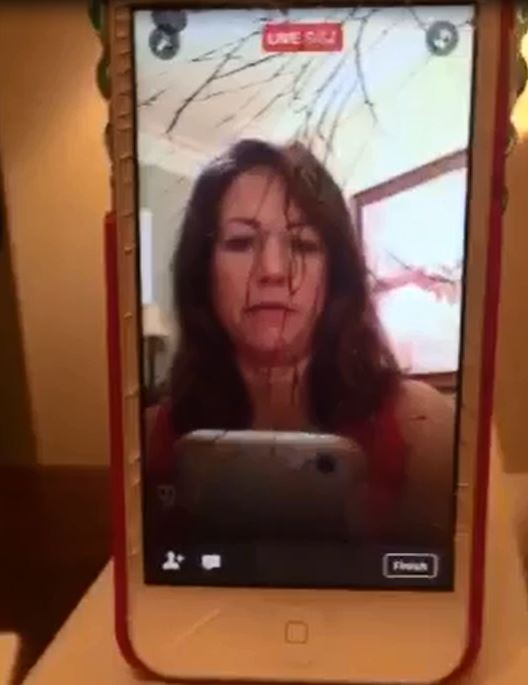 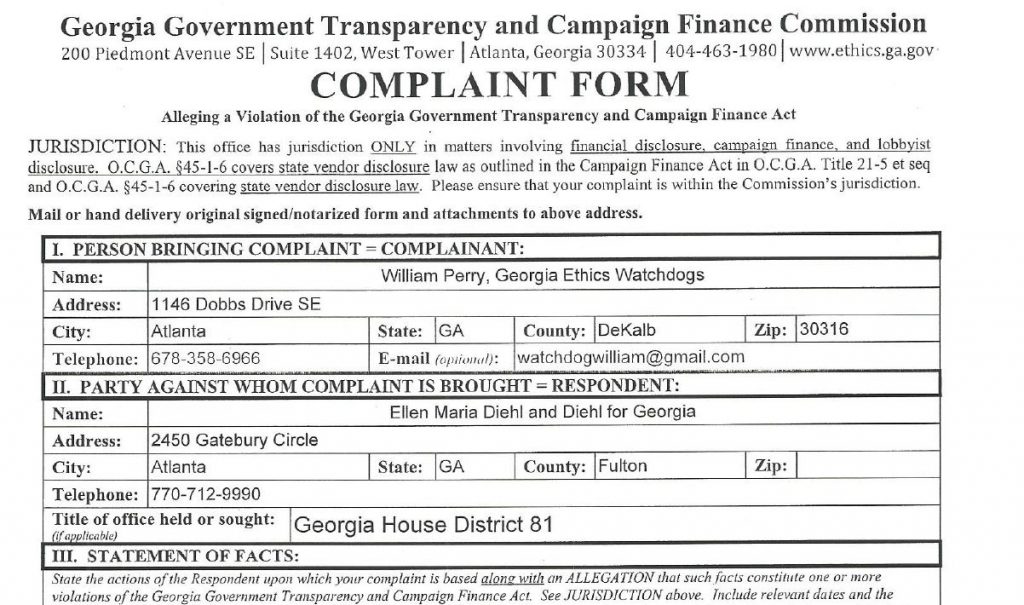 Running against Democratic State Rep. Scott Holcomb in HD81 (Tucker, Northlake, Chamblee, Doraville,  Brookhaven, and a smidge of Gwinnett), Diehl first made a name for herself as a hardcore Trump supporter. She took a talking Trump doll with her when she served as a Trump delegate to the 2016 GOP convention. (She’d had the doll for years, so there’s something going on there, too.)

Diehl has tried to paint an image of herself as a mainstream candidate. She. Is. Not. You see, she had this YouTube habit. Her videos were hate-filled rants against Muslims, immigrants, liberals, and Democrats, to name a few objects of her scorn. After the videos were exposed, she deleted them, along with one of her Twitter accounts.

And now this ethics complaint, filed by William Perry of Georgia Ethics Watchdogs. The filing takes her to task for lack of transparency in spending. According to her campaign finance reports, she’s reimbursed herself a large amount of money without furnishing proof of how the money was spent. Also, she reports repaying a loan to herself when there was no record or report of such a loan in the first place. Perry states:

According to campaign finance reports during this election season (attached) Diehl received $11,054.26 in reimbursements from her campaign account.

Diehl hasn’t filed any amended reports, and her most recent report shows she’s about $4,000 in the hole.

I’m sure there’s a perfectly reasonable explanation for the discrepancies, and that she didn’t spend donors’ money unwisely…or on herself. Say it ain’t so!

But hey, she’s a Trumper. She’ll come up with some kind of explanation, right?