Tweets of the day

John Noel ain’t having it with Georgia Power’s heartlessness

Georgia Power wants to resume disconnections?? You made $1.7 billion last year. A hundred year monopoly and ya can’t help out when the going gets tough? I got it. I got it. Folks, elect me and I’ll tell ‘em WE THE PEOPLE are their boss. https://t.co/Nx1Xi5OB4h pic.twitter.com/0uenZ6Ne34

“THE DRIVE TO DO BETTER”: TERESA TOMLINSON’S SAVE-A-PET PROGRAM IS A GOOD EXAMPLE OF GOVERNING WELL 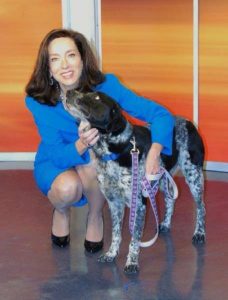 Passionate about policy, the Emory Law graduate talks about using government as a tool “to help people lead their most prosperous lives.” But not just people. Her Save-a-Pet program was remarkably successful and received a “Bright Ideas” award from Harvard’s Kennedy Business School. The Columbus animal shelter had an 80 percent euthanasia rate when she took office. In 2017, the year of the award, the city was declared a “no-kill community.”
Teresa Tomlinson loves animals. She became involved in rescue efforts decades ago, when she lived in Decatur. After she moved to Columbus, she took it to the next level when a stray dog had six puppies in the crawl space of the home she shared with her husband, Wade. (Read more)

John Noel is a smart, knowledgeable guy on energy issues. He'd do a great job at the PSC. https://t.co/LOqIKHx9Sg

Dr. Norton is a career expert in education in the Southeast and someone I am proud to call friend. Join us on Tuesday for “Georgia On My Mind”, a town hall focused on the important issues facing GA & what the PSC SHOULD BE doing to help fix them! https://t.co/YH2YiHfqN6 pic.twitter.com/D3KlEIzD3W 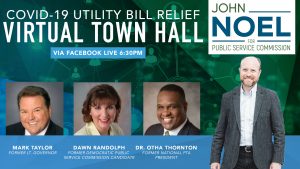 4 thoughts on “Georgia Democrats: Teresa Tomlinson’s “drvie to do better”: John Noel ain’t having it with Georgia Power Utility disconnections”